Original story (published on May 23) follows:

Realme 5i was the one device that was left behind when the Android 10 (Realme UI) beta registrations kicked off for the Realme 5 series, that includes, Realme 5 and Realme 5s.

Baffled by this, the users of Realme 5i took to various platforms to ask about why the device was left out from the Android 10 beta registrations. Responding to this Realme came out and stated that the beta version will arrive for the device, on time, as promised.

Matter of fact, Realme cleared the air that there are several bugs in the beta version of the Android 10 (Realme UI) update for the Realme 5i, which the developers are trying to fix. And the update will be pushed a few days. It seems like the OEM has stuck true to its words, and has started rolling out the Android 10 (Realme UI) beta update for the device, as early bird registrations open up.

realme UI update for realme 5i is almost here. As a realme Community member, we are giving you the chance to experience it first. So, here is an interesting arrangement. We will roll out realme UI to limited users of realme 5i before anyone else. As this beta registration has a limited quota, if you are interested in enrolling yourself, make sure that you are running the ROM version RMX2030EX_11.A.19, in order to be eligible to receive the beta Realme UI update.

In order to register, head over Settings>>Software Update>>tap on the gear icon>>Trial Version>>submit the asked details and hit Apply Now. Now, in order to report the Realme UI beta update bugs and errors, you can fill the form in the links below, to submit a bug or suggestion:

And those who have already registered for this Android 10 (Realme UI) beta update for the 5i, are now receiving the update on their device.

Talking about the update, it arrives with version number RMX2030EX_11_C.37 and brings in Realme UI 1.0 update based on Android 10 for the Realme 5i.

The update as expected brings in all the features of Realme UI 1.0 for the Realme 5i along with all the core features of the Android 10 for the device.

Let us know in the comments below if you were successful in registering yourself with the Android 10 beta registration or not?

The beta update to Realme UUI for the Realme 5i has caused issues to the fingerprint scanner. Head here for more details. 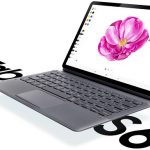