After being leftover from the Android 10 (Realme UI) beta registrations for the Realme 5 series, the Realme 5i users took to several platforms asking about the status of the beta updates.

Realme was soon to respond to this situation and coined that the beta program will start on time, as promised by the OEM and the update was halted due to several errors and bugs in the update.

But, finally, the early bird registrations started a few days ago and those who have registered have already picked up the Android 10 (Realme UI) update on their Realme 5i.

Though the update brought in all the cool features of Android 10 along with those of the Realme UI, as per several user reports, after the Relame UI update, the fingerprint scanner on the phone is not working properly and the device shows up an “OppoNvRecovery” error message.

The complete error message surfaced on the Realme 5i after the Android 10 (Realme UI) beta update, reads “The process of Nv recovery is unsuccessful.” Here are some of the user reports: after updating my realme 5i smartphone it’s fingerprint is not work properly. please solve this problem.

Realme was quick to respond to this situation and have stated that they have taken note of the error and issues surfaced after the Android 10 (Realme UI) trial version update for the Realme 5i and the matter has been escalated to the responsible team.

Moreover, this issue will soon be fixed via a future OTA update. Here is what the complete response by Realme India Support reads via a Twitter post:

Hey, we are working on it and the issue will soon be resolved via the upcoming OTA update. Thanks! So, in the meantime, until the bug is fixed, it is advisable to use other methods of locking the phone apart from the fingerprint issue on the Realme 5i devices running the trial version of the Realme UI (Android 10) update. 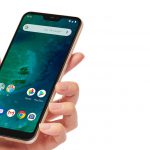