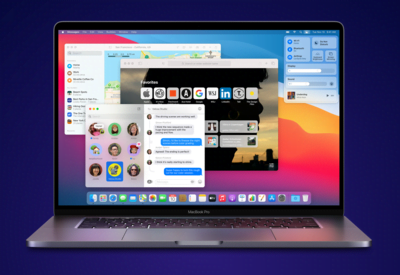 01:30 pm (IST): Apple with WWDC announced that the next generation of macOS will be called Monterey and will bring along the following list of features:

1. Universal Control: The feature will allow users to drag and drop items between iPads, MacBooks, iMacs, and more. Not only that but you can also use a single mouse and keyboard and seamlessly switch between Mac and iPad.

3. Airplay: You can now use AirPlay on a Mac, and use your Mac or MacBook as a speaker or video output. This includes AirPlaying your Fitness+ workouts to your Mac.

4. Shortcuts: iOS-like Shortcuts are also coming to Mac. These allow you to automate everyday tasks by setting your own or by using ready-made ones.

For more details on it all, head here.

02:29 pm (IST): If you don’t like the new features, run into problems, or face app compatibility issues on macOS 12 beta, then here’s how to downgrade to Big Sur or Catalina on Intel and M1 Macs.

Previous article macOS 12 Monterey beta too buggy on Mac? Here’s how to downgrade to Big Sur or Catalina on Intel & M1 Macs