I’m looking at the likes of Redmi K20 Pro, Xiaomi Mi 9 and the Mi 9T Pro, among others. Granted, it’s likely that the first update to bring the stable MIUI 12 version to some Xiaomi/Redmi devices will also be the first to bump the OS version to Android 11 aka Android R.

But which Xiaomi devices are eligible for an update to Android 11? This is the question we will attempt to answer to the best of our experience, but you can always expect changes as and when Xiaomi announces its official Android 11 roadmap later in the year.

Note that this coverage is biased in favor of Xiaomi Android 11 update and not MIUI 12 update, but as noted, some devices will receive both as the first update. As usual, Xiaomi will also make the MIUI 12 update available to many other devices without changes to the base Android OS version.

Without further ado, let’s get into it.

Xiaomi enrolled two devices into the early Android Q beta testing program announced at the Google I/O 2019 – the Mi 9 and Mi MIX 3 5G. Even with the I/O 2020 canceled, we still expect Google to go public with Android R beta testing in May, which is when we’ll know which Xiaomi devices make the cut this time.

Going by last year’s happenings, my guess is the current flagships Mi 10/Pro and Redmi K30 Pro will be the ones to try Xiaomi Android 11 update ahead of everyone, although it’s also likely that a couple more devices could get the nod.

We should know more about this soon when Google announces the public beta testing program for the latest Android OS iteration. But as far as the stable Xiaomi Android 11 update is concerned, Q4 2020 could be the safest bet, just like Android 10 (Q4 2019), unless Xiaomi surprises us.

You can keep an eye on our Xiaomi Android 11 update tracker to know when your device bags the OS.

Now, onto the most important part – eligible devices. This is where it gets tricky, especially since Xiaomi doesn’t have a known software update policy for its devices.

But having covered Xiaomi software updates for years, our team is well aware of the company’s practices. Typically, premium Xiaomi smartphones in the Mi and MIX series are guaranteed at least two major OS upgrades.

We’ve also seen a bunch of mid-range devices in the Mi and Max series receive two OS upgrades. For instance, the Mi 8 Lite and Mi Max 3 just picked up their updates to Android 10 a while ago, their second major OS upgrades.

For the most part, devices in the Redmi series receive a single OS update during their lifetime, but things should change now that Redmi is independent and is churning out premium devices too like the Redmi K20 Pro and the aforementioned Redmi K30 Pro.

By all means, we expect these two – alongside their non-Pro counterparts – to receive two major OS upgrades. This means the Redmi K20 Pro should be among the devices to receive the update to Android 11.

Alongside the K20 Pro, below is a list of devices we think Xiaomi will upgrade to Android 11 when the time comes.

Of course, there may be some changes to this policy in the future, but for now, don’t get your hopes too high. On the brighter side, devices that miss out on the official Xiaomi Android 11 update are likely to get it unofficially via LineageOS and other custom ROMs.

Also, some of the features that Xiaomi will include in its Android 11 update may also find their way to ineligible models via the official MIUI 12 update.

According to a Mi forum moderator, the Mi A2 will not be updated to Android 11, at least not officially. See the full coverage here.

POCO by Xiaomi has confirmed that Android 11 is coming soon to the Poco X2. See the full coverage here.

Although expected, a Mi forum moderator has just reiterated that there won’t be an update to Android 11 for the Redmi 8A. See the full story here.

Xiaomi has now released an official list of devices that will be getting the stable MIUI 12-based Android 11 update beginning from September. See the full story here.

Many Xiaomi users who didn’t know about the company’s 1 OS update cycle for most of the Redmi lineup are now frustrated after learning that the Redmi Note 7 Pro and Redmi Note 8 Pro amongst other devices will not be getting the Android 11 update. For more details on the matter, head here.

Xiaomi Mi CC 9 Pro is now part of the Android 11 beta program as the device has recently started receiving Android 11 beta update in China. While the update is currently meant for testers, it is available for download for anyone who is interested in flashing their device. Read the full coverage here.

IST: 02:55 pm: In the most recent development, we have learned that Xiaomi is now adding some more devices to the Android 11 internal testing program. Reportedly, the devices namely, Redmi Note 9, Note 9 Pro (global), & Redmi 9A have started undergoing internal testing.

There is no official statement from Xiaomi yet and hence, you might want to take this with a grain of salt. Read the full coverage here.

IST: 07:53 pm: Poco F2 Pro users have been waiting for quite sometime to get the Android 11 beta update. One of the users took to the Mi Community forum asking when to expect the beta version of the upcoming Android 11.

IST: 05:55 pm: There is definitely a reason for the Poco F2 Pro, Mi 10 & Mi 10 Pro users to be excited as the Android 11 beta update global trial applications have now been opened for the said devices. It is worth mentioning that the Android 11 on the Global Stable Beta ROM will initially be rolled out for the Mi Pilot testers only. Read the full coverage here.

IST: 04:46 pm: In a recent response to one of the users’ query in regard to the Android 11 beta testing on the Redmi Note 9, a Mi Community mod said that after Google releases Android 11 officially, eligible devices may get Beta testing based on MIUI soon after. See the full details here.

IST: 03:05 pm: An updated list has now surfaced that conveys that Android 11 internal testing has begun on Mi 10 Ultra and Poco C3 (rebranded Redmi 9C that is yet to release). While Poco M2/Redmi 9 Prime has been added to the list of the confirmed devices, Redmi 10X 4G/Redmi Note 9 has been taken off of the list.

IST: 006:35 pm: An unofficial list of the Xiaomi devices that aren’t eligible for Android 11 update has surfaced. Head here for the complete coverage.

IST: 12:28 pm: In response to a user’s query regarding the availability of Android 11 for the Redmi Note 8, a mod has now stated that the device will not get Android 11. Although it will continue to get Android 10-based updates. See more details here.

IST: 06:50 pm: The Xiaomi Redmi 4X released with Android 6.0 Marshmallow onboard and only received the update to Android 7.1.2 Nougat. Luckily, Redmi 4X users can taste Android 11 on the device via the AOSP-based Revenge OS custom ROM. Download it here.

IST: 12:56 pm: Xiaomi, or rather Poco, has confirmed that the Poco X3 will be getting the update to Android 11. However, it’s unclear whether the device will be eligible for the Android 12 update. More details here.

IST: 12:26 pm: A Mi Community moderator has claimed that the Redmi Note 9S will get the update to Android 11 once Xiaomi develops a MIUI-based Android 11 package for the device. Check out the full comment here.

IST: 01:39 pm: A new development suggests that Xiaomi has begun testing Android 11 internally on the Mi A3 as well as a few devices including the Mi 10T Pro, Mi 10T, and a few others.

IST: 12:15 pm: Based on new information, it appears that the Android 11 update for the Redmi Note 9 Pro may take a while before it is released. More details here.

IST: 06:57 pm: The Android 11 update for the Redmi 9 is scheduled to be released in Feburary 2021 according to a Xiaomi support execuitive. See more details here.

IST: 10:17 am: Xiaomi has released the Android 11 update for the Mi 10 Ultra via the latest MIUI 12 beta ROM in China. All the details and the download link can be found here.

IST: 06:34 pm: Based on recent developments it seems that Xiaomi is gearing up to release a MIUI 12-based Android 11 beta for the Redmi K30 Ultra, Redmi 10X 5G and Redmi 10X Pro. Full story here.

IST: 12:50 pm: New developments indicate that Xiaomi may indeed be working on bringing the Android 11 update for the Redmi Note 8. Unfortunately, there is still no expected timeframe. More details here.

IST: 10:15 am: A Mi Community mod has stated that the development for the Mi MIX 3 is already slow and thus they do not have high hopes for the device getting the update to Android 11. However, the mod has not completely ruled out the possibility of it getting the new Android version.

IST: 10:31 am: According to unofficial information that has surfaced online from a credible source, it seems that Xiaomi has begun testing the Android 11 update for the Redmi Note 8, Note 8T, and Note 8 Pro. Full story here.

02:00 pm (IST): The Android 11 update for the Poco F1, aka Pocophone F1, might indeed be a possibility according to some recent developments. Check out all the details here.

NOTE: This post has been updated with devices released by Xiaomi and its subsidiaries as of September 4. 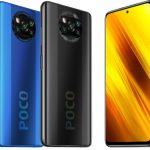