Xiaomi Mi 10 series and Redmi K30 Pro are among the very first devices to have received the Android 11 stable update.

Also, we recently reported that the Mi 9, Mi 9 Pro, and Mi 9T Pro (aka Redmi K20 Pro) might be in the Android 11 internal testing phase.

Now, another device seems to have joined the Android 11 bandwagon with the beta update live for testers in China.

The beta update version 20.11.2 is currently only available to be installed manually and the download link is given below.

Mi 10 Ultra released the first MIUI development version based on Android 11, with multiple optimizations and improvements, paying tribute to the brave early adopters

However, this is a Chinese Android 11 ROM meant only for beta testers and being a nightly build, it is expected to be highly unstable. Moreover, it does not include any Google apps and services.

So, it is recommended to wait for the stable build to come out as beta updates are not meant to be used as daily drivers.

Xiaomi has been pretty fast with the latest OS update this year which suggests that the stable Android 11 update might roll out widely in the near future.

Nevertheless, this is still based on our speculation as the OEM has not made any announcements on the matter yet.

It is still good to see OEMs like Xiaomi delivering the latest OS update this early which clearly indicates their dedication to stay on top of their game.

That said, we will keep tracking the development of Xiaomi Android 11 update so stay tuned to get the latest updates on the topic.

Furthermore, we have curated a consolidated Android 11 update tracker for all major OEMs and carriers so be sure to check it out.

11:31 am (IST): Following the beta program, the stable Android 11 update is now up for grabs in China. It should roll out for other countries soon. 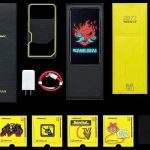