Back in February 2020, Google gave the first glimpse of its latest and upcoming Android operating system, i.e. the Android 11. The OS was made available as a Developer Preview for the developers, to check the environments, explore APIs and behavior of the new OS for their apps.

Moreover, Google also shared a roadmap which depicts that Google will be rolling out six releases before the stable Android 11 update rolls out for the public in Q3 of 2020.

This timeline also gives a window for the heavy skinned OEMs to begin working on the next iteration of their custom UI. Xiaomi, which is one of the heavily skinned OEMs is yet to make the MIUI 11 available for quite a few of its devices.

While Xiaomi devices await MIUI 11, some interesting information has come up about the MIUI 12. We have documented a post about Xiaomi revealing the official MIUI 12 logo hinting that MIUI 12 is in the developmental phase.

Following that, in another report, we have highlighted the features that MIUI 12 is expected to bring, like the system-wide dark mode, 16:9 display support, new GUI, multiple clone app support, etc.

Although this post was taken down quickly from the forum for moderation, we were able to grab the cached version of the post. Check out the screenshot of the entire post below:

In fact, as already mentioned, the deleted post also contained an MIUI 12 (Android 11) calendar, which states that the first private beta of the MIUI 12 will go live in September, and in October the “Public” beta update will be released for some users. And finally, the official stable update will roll out in December.

Check out the calendar below as mentioned in the post:

The calendar is as follows:

– The first private betas of the new version will be published in September.
– In October the beta will be released for some devices.
– The official launch is scheduled for December.

Besides, taking a look at the profile of the person who posted this information on the forum reveals that he is just an influencer.

So, even though the title of the post shared by this influencer (Cesittar) claims ‘official’ we would advise our readers to take this piece of information with a grain of salt as it does not come from an official source or a moderator of Xiaomi.

While this purported roadmap is out, it’s worth stressing, we cannot rule out the COVID-19 outbreak that has affected the entire world. So, how things turn out in a couple of months, that only time will tell. We will keep you posted if there are any further developments in this regard.

As per the latest reports, it seems Xiaomi may begin MIUI 12 development in the coming weeks, probably even next month. See the full story here.

As per a Xiaomi moderator, MIUI 12 development has begun and Xiaomi Mi Play is expected to get the update. Read the whole story here. 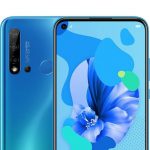