Xiaomi has just announced the Mi 10 Lite in China. The device, known as Mi 10 Youth Edition back at home, has also been accompanied by a brand new custom skin, MIUI 12.

We’ve already highlighted quite a good number of things regarding the MIUI 12 update. Of course, some of the coverage was based on leaks and rumors, but towards the end of last week, Xiaomi started wilding with official teasers on Weibo.

A certain MIUI 12 beta update popped up early last week claiming to be from a leaked closed internal testing group. Not long after, fake beta testing programs started showing up online, but Xiaomi was quick to warn fans against enrolling in any program until at least today, April 27. With the MIUI 12 update now official, Xiaomi has also opened the registrations into the beta testing program for those who wish to enjoy early access to the new skin.

Be reminded that this is limited to the Chinese market and hence the China ROM. Since Xiaomi discontinued the global beta testing program, we can only sit back and wait for the company to iron out all the kinks in the China ROM before pushing a near-stable version these sides.

Below are the devices that can get into the MIUI 12 beta testing program:

Once again, the above list is for the Chinese market, but it has been touted before that the global public beta version will hit the ground in September. Time will tell.

The official MIUI 12 stable release schedule is out. Head here for details.

MIUI 12 open beta update to release on May 8. Head here for more details.

With MIUI 12 barely out, Xiaomi has put out a survey with regards to the development of MIUI 13. Head here for more details.

The global beta update to MIUI 12 is near! Head here for more details.

The MIUI 12 closed China beta is out. Head here for steps on how to flash the ROM on your Xiaomi device. 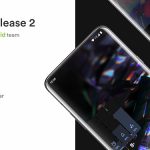