Nevertheless, the Redmi K30 Pro was one of the first devices to pick up the MIUI 12 update. And roughly a month later, the Poco F2 Pro also bagged Xiaomi’s latest skin. And with that out of the way, users are now waiting for the update that will bring Android 11.

Speaking of which, Xiaomi did mention that it will be releasing the Android 11 beta for its flagship Mi 10 duo as well as the Poco X2. At present, Google has not released Android 11 in its stable form yet.

Matter of fact, the latest version is the beta 3 update. And along with Google, Xiaomi also released the beta for some of its devices. These are the Mi 10 and Mi 10 Pro, Redmi K30 Pro, and the Mi CC9 Pro.

Moreover, since the Redmi K30 Pro has received the Android 11 beta, Poco F2 Pro users have also been waiting for Xiaomi to release the beta for the upcoming Android version. One such curious user took to the Mi Community forum for an answer.

And well, it seems the answer by a moderator is a bit surprising. In response to the user’s query, a Mi Community moderator stated that the Android 11 beta (AOSP) update is available for the Poco F2 Pro. We’ve added the entire comment below:

As you can see, the moderator has mentioned that the Android 11 beta (AOSP) build has been released for the Poco F2 Pro. But before getting all riled up, it’s worth noting that Xiaomi has not made any official announcement on the same.

Therefore, we would advise you to take this information with a grain of salt. This is because it’s possible that the moderator may have meant the Redmi K30 Pro instead of the Poco F2 Pro.

IST: 07:02 pm: Poco F2 Pro, Mi 10 & Mi 10 Pro users can now experience the upcoming Android 11 on their devices courtesy of Xiaomi’s beta update global trial applications which are now open. It is currently limited for Mi Pilot testers and you need to get yourself registered until September 9. See the full details here.

Of course, we will continue to keep track of the situation and will post an update once new details surface. In the meantime, stay tuned to our dedicated tracker for the rollout of Android 11 on all Xiaomi devices.

The beta testing for Poco F2 Pro is likely to begin soon, as the first list of users who applied for testing the Android 11 beta update has gone live. 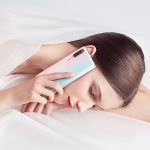