Google scheduled the release of Android 11 beta 1 (public) on June 3 but then the unexpected happened, forcing the tech titan to postpone the event until further notice. As from June 10, the first Android 11 beta is available for public testing on Pixel 2, Pixel 3, Pixel 3a, and Pixel 4 series of phones.

Prior to the release of beta 1, Google had been testing the firmware on a limited scale, where only app developers were allowed into the program. But this is no longer the case.

Hey MIUIers,
Great News! We’re excited to announce that Android 11 Beta 1 will be available for Mi 10 and Mi 10 Pro Soon. We will continue to keep you updated.
Source

Last year, the company enrolled the Mi 9 and Mi MIX 3 5G into the early Android Q beta program. While we expected more devices to get the nod this time around, it seems only the Mi 10 and Mi 10 Pro are guaranteed early access to Android 11.

With the Mi 10 duo having just received the stable MIUI 12 update, we expect the upcoming Android 11 beta 1 to have a touch of MIUI 12 as well. 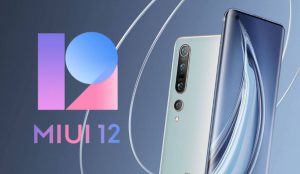 Well, if Xiaomi is making an appearance with Android 11, how can Poco be left behind. Just like Xiaomi, their ex-sub brand Poco has also come up with the big word conveying that Poco F2 Pro will be the first Poco device to grab the Android 11 beta 1 update soon.

The information was shared by Poco Global on Twitter, saying:

As usual, we expect the initial rollout to be limited to China, just like other MIUI beta programs.

Of course, the Xiaomi Mi 10/ Mi 10 Pro, and Poco F2 Pro aren’t the only devices to expect the Android 11 update. When the rollout begins, more Xiaomi and Poco devices will be part of it – and we have all the details here.

The Android 11 beta 1 update for the Mi 10 is now available to download. Head here for more details. 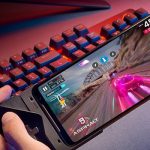