Xiaomi Mi CC9 Pro received the Android 10 update back in May while the MIUI 12 update arrived for the device in July. Also, it must be noted that the Mi CC9 Pro is globally known as Xiaomi Mi Note 10 for which the Android 11 internal testing has already begun.

While the update is only meant for testers, you can install it manually by downloading the beta ROM from the link given below. However, the update is not meant for the Mi Note 10 and must only be flashed on the Mi CC9 Pro.

Since this is a beta version, it is expected to be full of bugs so flash it only if you absolutely want to try the latest OS. Also, it is a Chinese ROM so there will be no Google apps or services included in it.

That said, the Xiaomi Android 11 stable update is expected to arrive in September so be sure to go through this list of internal testing & eligible devices. Also, we have a dedicated Xiaomi Android 11 update tracker that you can check out to stay updated on the topic. 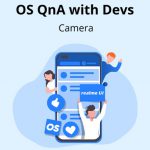