Xiaomi is finally rolling out the stable Mi Note 10 Android 10 update to the global ROM. The update is available as firmware version MIUI 11.1.1.0.QFDMIXM, tagging along a fairly new April 2020 security patch level.

We knew the Mi Note 10 Android 10 update would arrive this quarter. But details of the exact release date, as usual, remained anyone’s guess.

Hopes of an April release suffered a huge blow a little over two weeks ago when a Pie-based firmware popped up online, implying that the wait for Android 10 was still on. Well, this is still true, at least for those on European (EU) and Russian (RU) MIUI ROMs.

The incoming Android 10 update is still limited to the global variant of the Mi Note 10. But the good thing is that this signals a wider rollout sooner than later, so hang in there if you have the EU or RU ROM.

Unfortunately, the update to Android 10 doesn’t bring the latest MIUI 12 ROM to the Mi Note 10. Sure, the device can already be installed with the new skin, but this is only true for fans of beta-testing software. As for this stable version, you still get MIUI 11, but that should be a non-issue for now.

The update is available over the air. This means some device owners will get the download notification ahead of others. But why wait when we have the link to grab the updated firmware right below?

Once you have the file on your phone, simply head to the MIUI Updater app and update it manually. Of course, this should only work if you are on the most recent Pie-based stable MIUI 11 firmware.

Head here for the official announcement regarding the global beta stable update.

The Android 10 update has been released for the Mi Note 10 devices in Russia. Here’s the download link for those who don’t wish to wait for the OTA to hit their devices. 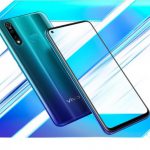