Since Android 11 Beta 2 update is now available for Pixel phones, other Android smartphone users are eagerly waiting to experience the latest features of this new OS. Redmi Note 9S (aka Redmi Note 9 Pro in India) users are also in line.

To recall, Redmi Note 9S was launched with Android 10 along with MIUI 11. Redmi Note 9S is listed in phase 2 of MIUI 12 rollout and there have been reports pointing that MIUI 12 update will arrive by July-end.

The moderator also clarified to the Redmi Note 9S Android 11 hopefuls that as of now, the OS is available only to flagship Xiaomi phones and that too is the beta build.

FYI, Android 11 Beta 1 is available only for Mi 10, Mi 10 Pro, and Redmi K30 Pro, while Poco F2 Pro and Poco X2 are in the pipeline. So, although the Redmi Note 9S might pick up the Android 11 update, it won’t be arriving anytime soon.

Redmi Note 9S was launched on Android 10 so it may receive Android 11, As of now only flagship devices received Android 11 that too Beta 1(Mi 10, Mi 10 Pro, POCO F2 Pro). Talking about MIUI 12, Redmi Note 9S is in round 2 list however no ETA for it. Kindly keep patience and stay tuned on mi global community for further info. As far as MIUI 12 update is concerned, looking at the moderator’s comment above, though the Redmi Note 9S is mentioned to receive MIUI 12 update in Phase 2 of the rollout, there is no confirmed ETA for the same.

This hints that users might have to wait before they can get their hands on Android 11 or MIUI 12.

Responding to a user’s query regarding the Android 11 update for the Redmi Note 9S, a moderator claimed that the device will get the update once Android 11 based on MIUI is developed for it. Unfortunately, no ETA was shared.

It will be released when Android 11 based on MIUI is made for this device. For now, there is no ETA. 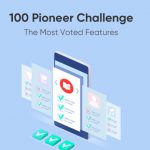