Samsung started rolling out its latest skin — One UI 3.0 — based on Android 11 for the Galaxy S20 series in December after weeks of beta testing.

One UI 3.0 on top of Android 11 brings a ton of new features and improvements to eligible devices. Moreover, Samsung tweaked the user interface and has also added new animations to offer a fresh experience. The skin is currently available on a handful of devices and the company has already shared official One UI 3.0 rollout schedules for various regions.

As expected, the new software is being released for flagship models first. Therefore, apart from the S20 line up, Samsung has released Android 11 for other high-end models such as the Galaxy Note 20, Galaxy S20 FE, and the Galaxy Z Fold2 5G.

Once the high-end models bag the update, Samsung would start seeding One UI 3.0 to eligible Galaxy A series devices starting from March, as per the company’s official timeline for most regions.

However, it’s likely that we might see certain Samsung Galaxy A series models pick up the One UI 3.0 update earlier than expected. Here’s why.

For starters, the company has been spotted testing Android 11 on some Galaxy A series devices such as the Galaxy A50, Galaxy A70, and Galaxy A50s.

All three of the aforementioned devices are expected to receive the update around May this year. Furthermore, Samsung has released the update for some devices ahead of its own schedule. 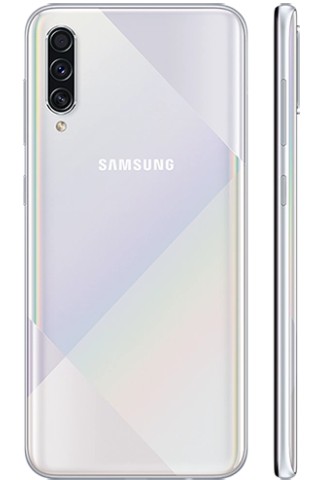 And since new test builds keep popping up regularly, it suggests that Samsung has moved passed the initial development stages and is likely finalizing the update for a stable rollout on these devices.

At present, the Samsung Galaxy A51 5G is the only Galaxy A series device that is part of the One UI 3.0 beta program.

Other models from the Galaxy A family may not get the beta update and instead will be updated to Android 11 directly.

Having said that, we would be tracking all developments regarding the status and availability of the One UI 3.0 based on Android 11 for all eligible Galaxy A series devices from Samsung in this article.

So stay tuned to this space to be the first to know about any major (or minor) developments of the same.

You can also check out our dedicated tracker to know when Samsung starts seeding the One UI 3.0 update on any eligible device irrespective of the series.

01:30 pm (IST): New test builds based on Android 11 have been spotted for the Galaxy A70 and the Galaxy A50 with build numbers DUA5 and DUA4 respectively. As we originally speculated, the regular appearance of new test builds suggests that Samsung may seed the Android 11 update for some devices from the Galaxy A series ahead of its official schedule.

05:30 pm (IST): It seems that Samsung may release the One UI 3.0 update for the Galaxy A51 next month in Turkey. Therefore, it’s likely other regions in Europe will get the update next month itself. Head here for more details.

10:45 am (IST): It seems Samsung isn’t slowing down on the development of Android 11 for the Galaxy A51 and Galaxy A70. This is because new test builds have surfaced for the two devices with build numbers DTL9 and DUA6 respectively.