Samsung first started rolling out the stable Android 11 update with its One UI 3.0 skin in December. Since then, the update has made its way over to several eligible devices.

In fact, Samsung has started rolling out Android 11 with its latest One UI 3.1 skin directly for most devices that have been getting the new Android OS.

Most recently, the update went live for the Galaxy A21s and the Galaxy Tab Active 3. But Samsung’s isn’t done yet.

New developments indicate that the South Korean giant has started rolling out the Android 11 update for the Samsung Galaxy A01, possibly with its One UI 3.1 skin.

The update has been captured on SamMobile’s database rolling out with the firmware version number A015FXXU4BUD8. Samsung has also thrown in the April security patch for good measure. At present, the Android 11 update only appears to be rolling out for the Samsung Galaxy A01 in Russia.

The device was expected to bag the update in May or June, however, like most other devices, Samsung has released the update ahead of schedule.

Since the Samsung Galaxy A01 is a budget-friendly smartphone, it is likely getting the One UI Core 3.1 update based on Android 11. This means that certain features that were introduced with One UI 3.1 will not be available even after installing the update.

Samsung is also yet to update its official software documentation page for the Galaxy A01 with the product code SER (Russia) to reflect the release of the Android 11 update that should bring the One UI Core 3.1 skin.

That being said, now that the update is live in Russia, we can expect it to begin rolling out in other countries soon.

So stay tuned to our dedicated tracker to know more about the status and availability of One UI 3.1 for all eligible Samsung devices. 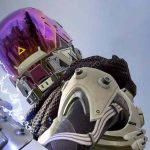