Almost every other day we see a new Samsung phone getting the update to Android 11 with the company’s One UI 3.0 or One UI 3.1 skin.

In February, Samsung released the Android 11-based One UI 3.0 update for the Samsung Galaxy A51 5G and A71 5G in the U.S. as we had reported.

This update, however, did not make its way over to these two smartphones in regions outside the U.S. for no apparent reason.

Well, that now ends since Samsung has announced that it has begun rolling out the stable Android 11 update with its One UI 3.1 skin for the Galaxy A51 5G and is also live for the Galaxy A71 5G. Samsung Galaxy A51 5G users in Korea have been beta testing Android 11 for a while now and the beta program has finally come to an end which is why the company started pushing the stable update.

A couple of users (1, 2) have also taken to the company’s Korean community forums to share news of the update.

Since these devices have bagged the One UI 3.1 update directly, it’s likely that the two devices sold elsewhere will also skip the One UI 3.0 update.

So keep an eye out on our dedicated tracker to know more about the status of One UI 3.1 for these two models as well as all other eligible Samsung devices.

You can also keep track of the Android 11 rollout for all devices from most major OEMs and carriers around the world by heading here. 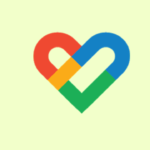