Samsung has started seeding the Android 11-based One UI 3.0 update for a few smartphones already. As expected, the Galaxy S20 family was the first to pick up the new Android version.

Not much after, the South Korean giant rolled out Android 11 for the Galaxy Note 20 duo as well.

Recently, the company even kick-started the One UI 3.0 beta program for the Galaxy A51 5G in its home country.

This is the first Galaxy A series device to get the beta update and it was expected that other A series phones may also join the beta program soon.

However, that may not be the case, at least in the near future, according to the Beta Operation Manager on the company’s Korean community forum. 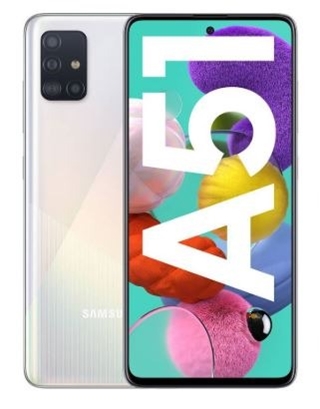 Responding to a user’s query regarding the availability of the One UI 3.0 beta for the Samsung Galaxy A90, the Beta Operation Manager claimed that there are currently no plans to open the beta for any other A series phone.

We’ve shared a screenshot of the Beta Operation Manager’s comment that has been translated from Korean to English below:

And since there may not be any beta program for other devices from the Galaxy A series, users will get the stable update directly as per Samsung’s schedule.

While this might be disappointing to some Galaxy A series users who can’t wait to try out Samsung’s new One UI 3.0 skin, it may not be as bad as it seems.

This is because Samsung has been rolling out the Android 11 update to devices ahead of its official schedule.

Therefore, it’s likely that other smartphones from the Galaxy A series may also get the One UI 3.0 treatment sooner than expected but we’ll have to wait and see if that turns out to be the case or not.

Having said that, it’s unclear if and when the One UI 3.0 beta program will go live for the Samsung Galaxy A51 5G in other regions since Samsung has not made any official statement on the matter.

We previously highlighted an Android 11 test build surfacing for the Samsung Galaxy A71 5G which suggested that Samsung may kick-start the beta for the device too.

But with this new comment from the Beta Operation Manager, it appears that the Galaxy A71 5G may get the stable One UI 3.0 update directly, like most other phones from the Galaxy A series.

Of course, we will keep an eye on the matter and will post an update if and when there’s a new development related to the beta program for devices from the Galaxy A series.

OxygenOS 11 future plans: Features that are implemented & some that are currently under development Google App's 'hum to search' issue on iOS persists despite fix rolling out weeks ago, as per some users