Samsung appears to be on a roll providing software updates for its smartphones, both minor and major.

Besides rolling out the One UI 2.5 update for a few remaining phones, the company has also released the One UI 3.0 update for several devices. That’s not all, the South Korean giant is also testing the new Android version for several other eligible smartphones and even kick-started the One UI 3.0 beta program for the Galaxy A51 5G and the Galaxy M31 recently.

As a cherry on top, Samsung is even pushing stable updates to devices ahead of its own schedule. So it’s clear that the OEM isn’t taking software updates lightly.

Now, an individual has spotted a new test build for the Samsung Galaxy A71 5G in Korea indicating that the company may kick-start the One UI 3.0 beta program for the device as well.

Matter of fact, the same individual had shared a screenshot of a new test build for the Samsung Galaxy A51 5G yesterday and we saw the official announcement go live today.

The new test firmware that has been spotted for the Galaxy A71 5G has the build number ZTLD and may also be the build that users get if and when the beta program kicks off.

Now, the only thing left to do is to wait for an official announcement from Samsung confirming the One UI 3.0 beta program for the Galaxy A71 5G.

The update to Android 11 (One UI 3.0) will be the first major Android version update for the Samsung Galaxy A71/5G.

And thanks to Samsung’s new software update plans, the device will get two more Android version updates in the future.

Having said that, keep an eye out on our dedicated tracker to know more about the status of One UI 3.0. You can also check out our consolidated tracker to be informed on all the latest developments related to Android 11. 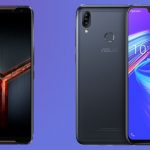