Samsung has rolled out the Android 11 update with its One UI 3.0 or One UI 3.0 skin for most devices from its portfolio. Although, the update is yet to go live in certain regions.

Most recently, the South Korean smartphone vendor released the Android 11-based One UI 3.1 update for the Galaxy A51 and Galaxy A50 in the U.S.

That said, Galaxy A50 and A51 users in Canada won’t have to wait that long to get the update on their devices too.

How so? Well, TELUS has confirmed, through its software update schedule, that the Samsung Galaxy A50 and Galaxy A51 will bag Android 11 on April 20 in Canada.

While this information has been shared by TELUS, users can expect to see the update go live for devices from other carriers in the country such as Rogers and Bell at the same time.

One UI 3.1 brings a bunch of new features and improvements over the One UI 2.5 skin including a revamped UI.

Moreover, the Galaxy A50 and Galaxy A51 will get the complete One UI 3.1 experience, unlike the Galaxy M series devices that have bagged the One UI Core 3.1 update which sheds off some features.

We expect to see Samsung seed the One UI 3.1 update based on Android 11 for the Galaxy A50 and A51 to other remaining regions over the new few weeks.

Apart from that, a few other models from the A series such as the A12, A02s, and A01 are also scheduled to bag the update to Android 11 this quarter.

So stay tuned to our dedicated tracker to know more about the status and availability of One UI 3.1 for all eligible Samsung phones.

12:52 pm (IST): Samsung has started rolling out the Android 11 update with One UI 3.1 for the Galaxy A50 and Galaxy A51 in Canada according to reports from users on Reddit. 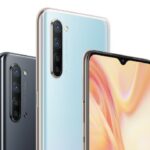 [Updated] Ethermine down or not working, users unable to get data from miners