Samsung has rolled out the One UI 3.1 update based on Android 11 to several Galaxy A series devices over the past couple of months.

Most recently, the Galaxy A80 picked up Samsung’s new skin running on top of the latest Android version. More on that here.

Now it appears that Verizon and Samsung have started rolling out the One UI 3.1 update based on Android 11 for the standard Galaxy A51 in the U.S. Before this, the Verizon Galaxy A51 5G models picked up the update to Android 11 with the One UI 3.0 skin and recently also bagged the One UI 3.1 update.

The Samsung Galaxy A51 sold outside the U.S. got the Android 11 update with One UI 3.0 and recently also began receiving the One UI 3.1 skin starting with models sold in Russia.

Now it seems Samsung and Verizon have directly rolled out the One UI 3.1 update carrying the firmware version number A515USQU5CUC4 for the Galaxy A51 models sold in the U.S.

It also brings the March 2021 security patch to boost the phone’s security. A user has also taken to Reddit to confirm receiving the new software update on their device.

Funnily, Verizon’s official changelog states that the update brings Android 11 with the One UI 3.0 skin. Check it out below:

This software update brings the latest Android OS 11, with new features including Conversations, Bubbles, Categorized Notifications, and One UI 3.0.

The latest Android™ security patch is also included in this update.

– Android OS 11 offers some of the newest ways to control your privacy, customize your phone, and get things done. It’s Android, just the way you want it.

– See, respond to and control your conversations across multiple messaging apps. All in the same spot. Then select people you always chat with. These priority conversations show up on your lock screen.

– With Android 11, you can pin conversations so they always appear on top of other apps and screens. Bubbles keep the conversation going—while you stay focused on whatever else you’re doing. Access the chat anytime or anywhere.

– Permissions auto‑reset – If you haven’t used an app in a while, you may not want it to keep accessing your data. So Android will reset permissions for your unused apps. You can always turn permissions back on.

Verizon and Samsung appear to be using generic changelogs for all models as we’ve also highlighted a similar issue with the changelog for the Galaxy Tab S6.

Nevertheless, now that the update has rolled out for the Verizon variants of the Samsung Galaxy A51, it’s likely that we’ll see the update go live for other carrier models too.

So stay tuned to our dedicated tracker to know more about the status and availability of One UI 3.1 for all eligible models. 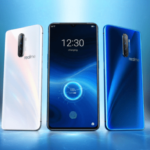