Samsung has rolled out the One UI 3.0 and One UI 3.1 updates to most eligible devices from its portfolio apart from a few low-end models.

Most recently, the Galaxy A40 and A80 bagged Samsung’s new skin over Android 11. Further, Verizon, as well as AT&T, also rolled out One UI 3.1 for the Galaxy S10 series in the U.S. around a week ago.

And while the update is live for just about every mid-range Galaxy A-series smartphone from Samsung, the A90 5G was the only remaining device to get Android 11 with the One UI 3.0 or 3.1 skin.

Well, Samsung appears to have taken care of that too since Galaxy A90 5G users in Korea have begun receiving the Android 11-based One UI 3.1 update on their devices.

The update is rolling out with the firmware version number A908NKSU3DUC3 and the March 2021 security patch is also present and accounted for.

This new software update should be a breath of fresh air for Galaxy A90 5G users as the last update the device got was back in December which brought the One UI 2.5 skin.

Samsung has not yet updated its official update documentation page for the Galaxy A90 5G in the region with details of the One UI 3.1 update.

That said, the Galaxy A90 isn’t the only Samsung phone that’s getting the One UI 3.1 update. Verizon Samsung Galaxy S10 5G users should also have begun receiving the One UI 3.1 skin as the carrier revealed that the update began rolling out on March 24. With this new release, Samsung and Verizon have wrapped up the rollout of the One UI 3.1 update for the S10 lineup in the U.S.

Now that Samsung has released the One UI 3.1 update for the Galaxy A90 5G and S10 5G in Korea and the U.S. respectively, we can expect the two devices to bag the update in other regions in the following weeks.

So stay tuned to our dedicated tracker to know more about the status and availability of Samsung’s new skin on all eligible devices. 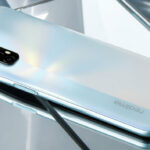