Over the past couple of months, the South Korean firm has been pushing its One UI 3.1 skin to devices instead of One UI 3.0 to avoid having to send out the newest skin in another update. One UI 3.1 brings a few new features and improvements over One UI 3.0. And now, the latest smartphone from Samsung to get the update to Android 11 with One UI 3.1 is the Galaxy A31.

The device was scheduled to pick up Android 11 in May/June in Korea, however, Samsung’s new trend of pushing updates ahead of time seems to have been followed here too.

The Android 11 update with One UI 3.1 is currently rolling out to Samsung Galaxy A31 users in South Korea. It carries the build number CUD3 and weighs 2036.12 MB.

Apart from the new Android version, it also brings the April 2021 security patch to boost the device’s security.

At the time of this writing, Samsung has not updated its official documentation page for software updates for the device in Korea.

That said, now that Samsung has rolled out Android 11 with its One UI 3.1 skin for the Galaxy A31 in Korea, it’s likely that we’ll see the update go live in other regions soon. So stay tuned to our dedicated tracker to know more about the status and availability of One UI 3.1 for all eligible smartphones from Samsung. 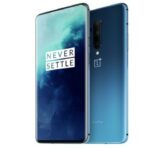