Samsung Galaxy A70 One UI 3.1 (Android 11) update begins rolling out

Samsung does not appear to be breaking a sweat with the rollout of Android 11 for eligible devices from its portfolio.

We’ve been keeping a close eye on all One UI 3.0 and One UI 3.1 updates these past few months, and oh boy, they just keep coming.

Now it looks like the company has finally started seeding the One UI 3.1 update based on Android 11 to the Samsung Galaxy A70.

The device was indeed expected to pick up the Android 11 update in March and it seems Samsung’s stuck to its plans.

A few Samsung Galaxy A70 users have taken to the company’s community forums and Reddit (1, 2, 3) to confirm receiving the new software update on their devices.

The update is rolling out with the firmware version number A705FNXXU5DUC6 in Ukraine and Turkey as per reports from users.

It weighs around 1.9 GB and brings the March 2021 security patch to the device as well.

Like with the Samsung Galaxy A50, Samsung has skipped the One UI 3.0 update for the device and has directly bumped it to One UI 3.1.

Samsung has not yet updated its official pages with details of the rollout for the device in Ukraine or Turkey which suggests that the update went live only a few hours ago.

The update brings most of the new features and improvements that come with the company’s latest skin over Android 11.

That being said, now that the update has begun rolling out in Ukraine and Turkey, it’s highly likely that we’ll see a wider rollout within the next few days.

So stay tuned to our dedicated tracker to know more about the availability of the One UI 3.1 for your Galaxy A70 or any other Samsung phone for that matter. 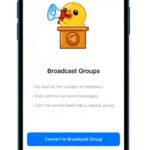 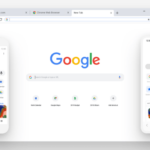 Google Chrome Reading list on Android: Here's how to enable and use it