The Samsung Galaxy A50 bagged the update to Android 10 in March last year and has been in line to get Android 11 which will be its last major OS update.

Recently, we saw a number of test builds pop up for the Galaxy A50 which indicated that Samsung may release its One UI 3.x skin based on Android 11 for the device sometime soon.

And well, lo and behold, Samsung has indeed started seeding the Android 11 update with the One UI 3.1 skin for the device.

At the time of writing, One UI 3.1 is rolling out to Samsung Galaxy A50 users in India carrying the firmware version A505FDDU7CUBC.

Therefore, it’s good to see that Samsung has not slowed down its updates just because the device is no longer the newest kid on the block.

A few individuals have taken to the company’s community forums and Reddit (1, 2, 3, 4) to confirm receiving the latest software update on their devices.

Samsung is yet to update its official software tracker for this specific model (SM-A505F | INS) for which the Android 11 update is now live.

This indicates that the update has only just started making its way onto some units. So if you haven’t yet received the new firmware, don’t fret. It should begin rolling out in the next few hours.

Samsung’s One UI 3.1 skin brings a host of new features and improvements over One UI 2.5.

Having said that, now that Samsung has released One UI 3.1 for the Galaxy A50 in India, it’s highly likely that we’ll see the update hit other markets soon.

You can check out our dedicated tracker to know the status of One UI 3.1 for all eligible Samsung smartphones.

Thank you for the tip, Dheck! 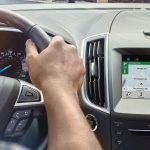