Sasmung did not include several devices from the Galaxy A series in the official One UI 2.5 roadmap. Among them, the Galaxy A90 5G.

The Galaxy A90 5G came out last year with Android 9 Pie-based One UI but it seems that it will soon get the One UI 2.5 update.

A member on the Korean Samsung Community has shared what appears to be a response from Samsung Support which suggests that the device in question might receive the One UI 2.5 update soon.

However, no ETA has been provided so it is still unclear how long it will take for the OEM to start rolling out the said update.

It is still good to see that Samsung is striving to deliver software updates like One UI 2.5 to devices which were not even listed in the official roadmap.

Apart from that, the same user has also shared a screenshot of the CheckFirm app which shows that the OEM is testing the Android 11-based One UI 3.0 update on the Galaxy A90 5G.

The screenshot clearly shows that a new firmware version with build number DTL2 might be under testing for the device in question.

While the Galaxy A90 5G is indeed eligible for the latest OS update, there is no word on when the One UI 3.0 (Android 11) update will be out for the device in question.

It must be noted that the Galaxy A90 5G is among those devices that are promised to get three Android OS updates. More on that here.

Nevertheless, the latest development indicates that the Galaxy A90 5G will first get updated to One UI 2.5, hence, it is safe to assume that there is still some time before we get to see the latest OS update.

Moreover, Samsung has started rolling out its Android 11-based One UI 3.0 stable update and we have a dedicated tracker for the same that you can go through as well.

10:35 am (IST): Samsung support has allegedly confirmed to a user that the One UI 3.0 (Android 11) update for the Galaxy A90 5G is currently undergoing inspection thus indicating that it has passed the early development stages. 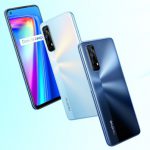