Samsung has been at the top of the global smartphone charts for years. The Korean company is currently at the helm of the table alongside Huawei with a market share of 20% each, at least according to Q2 2020 smartphone shipments.

Both companies shipped over 54 million units between April and June 2020, but Huawei edged out Samsung by a small margin, as seen in the chart below.

With Huawei no longer the force it was in western markets a couple of years ago, it seems Samsung is ready to make the most out of its counterpart’s woes. And doing so in a major, game-changing way that will set it apart from the competition.

Steady improvements over the years

Since Samsung is the leading smartphone vendor in the world, it carries the heaviest chunk of the chaos that is Android software updates. Matter of fact, a lot has been said about the Korean company over the years with regards to software updates.

Samsung fans have had to endure lengthy waits to get new OS updates after their counterparts from Google and even smaller companies like OnePlus get the same updates. The wait was even much longer and perhaps more painful for those using carrier-free variants in the U.S.

But let’s be honest. Over the past year or so, things have massively improved. Security updates are released way ahead of Google and to just about all Galaxy devices, with the premium models promised up to four years of support.

Sure, the Korean company is still rolling out Android 10 to some of its devices, but it has also started testing Android 11 beta on the Galaxy S20 series with an aim of providing the stable version later this year.

This will be the third year running a Samsung phone bags a new OS update in the same year as Google Pixels. The Galaxy S9 got updated to Pie in December 2018 while the Galaxy S10 got Android 10 in November 2019. If anything, the Galaxy S20 Android 11 update should arrive even much earlier.

Despite all the improvements witnessed, Samsung, for some reason, still kept on providing two major Android OS updates to its devices, premium or not. This is the one reason Samsung fans have been unsatisfied with the Korean company, but it comes to an end, finally.

At the launch of the Galaxy Note 20 series, the company did mention that it will be offering three major Android OS updates to some of its devices. However, there was lack of clarity on which devices will benefit from this massive change in software update policy.

This uncertainty is no more. In an official statement, Samsung has confirmed the devices that will be receiving three major Android OS updates going forward. Besides devices in the Galaxy Note and S series, the Galaxy foldable devices are also in line for 3 OS updates.

According to Samsung, the reason for this change in software update policy is that device owners hold onto their units for longer these days than before. Granted, this should ensure they get a taste of the latest and greatest from Google for up to three generations.

Sure, one might argue that this is Samsung eating into its own future revenue, but since the customer is at the heart of this change, it still is a great incentive for device owners now that missing out on a new OS will no longer be a reason for upgrading to a new phone after just two years.

After all, Google and OnePlus already set the pace and Samsung is just following their lead. Since many other Android vendors look up to Samsung, we can only hope that they follow suit and start offering three generations of Android OS updates to their devices too.

Of course, this is just wishful thinking, but looking at the moves the likes of Xiaomi, Vivo, and even OPPO are making in this regard, the future looks bright. As of this writing, these OEMs already have devices in Android 11 beta program.

Also, most of their devices get regular security updates on top of two Android OS updates, unlike a few years back where even a single OS update was too much to ask.

But what is arguably undisputed amid all these recent developments is that the latest move by Samsung to start offering three OS updates to its devices, even if not all of them, makes the company stand out in a crowded place and is by far one of the best things to happen to Android in a while.

Be part of the poll and share with us your opinion.

With Samsung's all-new 3 major Android OS update policy, are you convinced to buy a Samsung device as your next one? Share with us your opinion. #smartphone #Android #Samsung #OS #updates #update #poll
Coverage: https://t.co/8lhw14ZfDG

P.S. Please note the Poll results will be shared after a week.

It’s time for the results.

Out of those who participated in the poll, around 42.9% are convinced to buy a Samsung device, credit to the company’s new three major OS update policy. While 26.2% are not affected by this move, 23.8% haven’t divided yet, and the rest of the 7.1% say they already have a Samsung unit and will be interested in getting another one.

02:30 pm (IST): Samsung might be planning on taking its software update support to the next level. The company may provide four years of Android upgrades and five years of security patches for Galaxy devices. 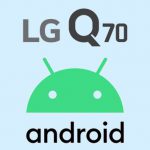 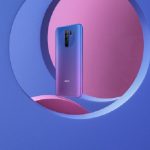