Samsung has impressed most folks with the fast-paced rollout of Android 11 alongside its custom One UI 3.0 skin for eligible devices.

The South Korean giant has even started seeding Android 11 to its mid-range and budget devices such as the Galaxy M21, Galaxy M31, and Galaxy F40.

Meanwhile, OnePlus — the brand often praised for providing quick software updates — is yet to release the stable Android 11 (OxygenOS 11) update to its 2019 flagships.

Nevertheless, Samsung still has to release Android 11 for a bunch of devices that are expected to pick up the stable update in the following weeks and months.

Now, a new development indicates that the company might be close to rolling out its One UI 3.0 skin based on Android 11 for the Samsung Galaxy A90 5G as well.

This is because Optus — an Australian mobile carrier — recently updated its official software updates page wherein it has mentioned that the One UI 3.0 testing for the Galaxy A90 5G has been completed.

As per details shared by Optus, once the carrier-testing ends, the OEM is given the green light to begin pushing the software update to users.

This means it’s highly likely that Samsung would start rolling out the update to Android 11 with One UI 3.0 on top for the Galaxy A90 5G soon.

There’s also a chance that the update would go live in other regions ahead of Australia which is usually the case. 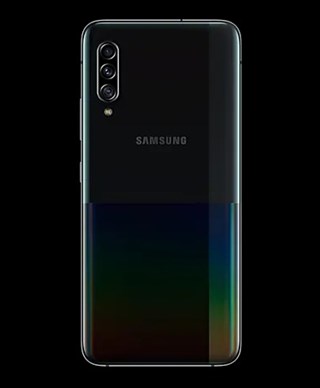 FYI, the company has not yet released Android 11 in stable form for any Galaxy A series device. It, however, is testing One UI 3.0 on the Galaxy A51 5G via the One UI 3.0 beta program.

Therefore, it’s possible that the Samsung Galaxy A90 5G could be one of the first devices from the A series to get the One UI 3.0 update based on Android 11.

As usual, we will keep track of the situation and will post an update once new details emerge or when the much-awaited software update begins rolling out to users.

In the meantime, be sure to check out our dedicated tracker to know the status of One UI 3.0 for all eligible devices from the company.