Samsung is close to wrapping up the Android 11 rollout for eligible devices from its portfolio. While at it, it has also left other OEMs in the dust that are struggling to release the new Android OS to a handful of phones.

The information regarding the rollout has been captured on SamMobile’s database which indicates that the update is live with the firmware version number A125FXXU1BUE3.

It also carries the May 2021 security patch and is apparently rolling out in Russia only at the time of writing.

Since the Samsung Galaxy A12 is a budget-oriented smartphone, it’s highly likely that the Android 11 update brings with it the company’s One UI Core 3.1 skin instead of the standard update.

However, we’re yet to get our hands on any information confirming the same as the company is yet to share the changelog on its software documentation page for the Galaxy A12 (SM-A125F) with the product code SER. That said, now that the update is live for the device in Russia, users elsewhere can expect to get the update within the next few days or weeks.

So stay tuned to our dedicated tracker to know more about the status and availability of Android 11 with One UI 3.1 for all eligible Samsung phones.

11:07 am (IST): Samsung has also released the Android 11 update for the Galaxy A02s in Russia as per SamMobile’s database. Both these devices (Galaxy A12 and A02s) were set to get the update this quarter. 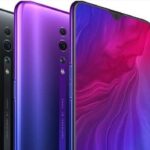 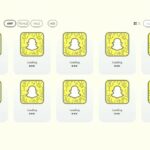 [Updated] FindSnap.Chat not working, throwing 'Application Error. The error occurred in the hosted application'? Here's what we know