Well, at least we can rest assured that the Taiwanese company hasn’t discontinued the ZenFone Max Pro or Max series for that matter, at least if the words of Asus India director Dinesh Sharma during an interview are anything to go by.

As it is, Asus neither confirms nor denies the existence of the ZenFone Max Pro M3. But for the sake of this argument, let’s hope that the phone will eventually be unveiled sooner than later.

Going by a poll we did a while back, many of you were eager to get their hands on the ZenFone Max Pro M3 and wouldn’t mind to see it launch alongside the ROG Phone 3, but no, it didn’t show up. Not even the ZenFone 7 did, but at least there is something going on in the flagship end of the business.

Let’s take a short journey back in time.

One of the major selling points of the ZenFone Max Pro M1 and Max Pro M2 is the promise of timely software updates on what is essentially a clean UI that is free from the usual bloatware associated with the likes of ZenUI.

While I would be nitpicking if I said anything negative as far as security updates are concerned, Asus definitely needs to do a better job when it comes to major Android OS updates. And no, this is not just about the ongoing Android 10 saga.

Back when Android Pie first arrived, although Asus released the software on time, plenty of bugs were there to deal with. The update removed night mode and PUBG HD settings, black screen when unlocking the devices, root integrity issues, changed camera storage path, display flickering, and so on.

The issues were so grave that Asus had to pull the Pie update for ZenFone Max Pro M2 users. A patched-up version was released not long after, but that wasn’t the end of bugs.

Sure, the company continued to address these issues through regular software updates, but things went south when a certain Pie-based update triggered bootloop issues, forcing Asus to replace affected units.

This happened right when device owners were looking forward to the release of the stable Android 10 update. Matter of fact, the wait has been pretty frustrating when it comes to Android 10 update, the second and last major OS update for the ZenFone Max Pro M1 and Max Pro M2.

Having arrived powered by Android Oreo out of the box, the promise of two years of OS upgrades meant the ZenFone Max Pro M1 and Max Pro M2 are eligible for the update to Android 10. And indeed, Asus kept its word and released beta versions for both devices back in January 2020.

Over 6 months down the line, the stable Android 10 update has yet to roll out to the duo. Even more baffling is that Asus doesn’t have a clear explanation as to why this is happening, only urging frustrated device owners to keep faith in their devs to deliver a bug-free experience.

As of this writing, Asus devs have plenty to fix in the current beta state of Android 10. Talk of earphone sound quality, no round screen corners, poor sound quality and WhatsApp notifications, PUBG HD graphics, and so on.

The company has in the past seemingly admitted that it is struggling to fix bugs in current Android 10 beta builds for both ZenFone Max Pro devices. Months later, the struggles continue and no one knows when they’ll end.

Is this something Asus would want to carry on with into the ZenFone Max Pro M3 era and beyond? Scratch that!

Tell us what you think in the Twitter poll below.

NOTE: This article will be updated after a week with the results of the poll. 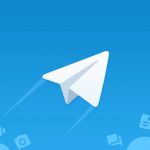