While ASUS’ smartphone users were eager to receive the much awaited Android 9.0 Pie, the update sadly has had a bad start at least on the company’s ZenFone Max series of phones. Reason being, one after the other, new Pie-instigated problems are coming to light.

To begin with, right after the update’s arrival on ZenFone Max Pro (M2), users stared complaining about a continuous screen flickering or blinking issue that left their devises barely usable. Looking at the massive number of user complaints we brought the matter to light .

Here’s a glimpse of the problem behavior:

@ASUS_India this is how the Asus zenfone max pro m2 screen is flickering after the pie update. The phone isn't usable at all, its worthless. Pls fix this issue asap. pic.twitter.com/UaX4QuGfA3

Sadly, that wasn’t the only glitch being reported on Max Pro (M2) after Pie. In fact, it was just the beginning. Buggy volume control, deteriorated speaker and Bluetooth audio, slow charging, battery drain, lousy fingerprint scanner, glitchy brightness slider were some other problems that we spotted.

While we were still drawing your attention to above stated issues, it came to out sight that ASUS has pulled the Pie update from Max Pro (M2) probably due to all the bugs that plagued it. And soon after we reported the roll back, a forum moderator informed that a new Pie update will be coming soon.

Considering that Pie has done enough damage to Max Pro M2, the spotlight is now shifting to what mess it had created on the third in hierarchy of Max lineup (after Max 2 and Max Pro M2) i.e. ZenFone Max Pro M1. So let’s take you on another bugfull journey.

Most of you may know that last week only, ASUS pushed the Android Pie update to ZenFone Max Pro M1/M2 and Max M2 devices.

And within a week’s span a lot of concerns have been raised by ASUS ZenFone Max Pro M1 users.

Night Light (more commonly termed as Night Mode by users) is a feature that was available in Oreo, but is no where to be seen after Pie. Night Light is basically a Blue Light Filter option that’s available on ZenFone Max Pro M1. But going by user reports the feature is not available anymore since they installed Pie. Apart from ASUS’ official help forum, complaints regarding this can be seen posted across Twitter as well.

Hi, got pie update on max pro m1.But where is #night_mode _opinion ?? can anyone tell me that if found???

What’s good is that a forums moderator recently pitched in and informed Max Pro M1 users that they have informed the technical team about the missing Night Mode (Night Light) feature.

Night mode is not available. We have highlighted your concern to technical team.

The moderator also suggested the complainants to use ASUS Splendid.

Another glitch that’s being massively reported – being connected to one of the most popular online games PUBG – is that the game’s graphic settings have been put down to normal frame rate, and hence PUBG can’t be played in HD anymore.

A huge number of users have routed to the social media platform Twitter to bring the issue to notice. Here are some reports for you to take a glance:

After (Max pro M1) upgrade to pie, i am facing problem in pubg. There is no option for high graphic and high fps, still the game is lagging. Please solve the problem as soon as possible. And the night mode is not working. @ASUSIndia #zenfonemaxprom1 #update

Regarding this, the same forums moderator informed the complainants that the issue has creeped in due to some compatibility glitch between the app and system platform, and it’s being looked into.

This seems to be caused by the compatibility between the app and system platform. We are checking the root cause and solution, we have passed your concern to technical team.

Moving on, the third problem that’s being chimed is that the stock camera’s storage location has now been switched to External, as a result of which the photos or videos are automatically being stored in SD card

Here’s how a complainant word the problem:

I just updated to a few hours ago and was checking for any new updates for camera. I use a third party gallery called “Piktures” which is pretty decent one. This problem is only when the storage location is sd card, if its in phone everything works fine. FYI if you need to access the photos use Photos by google. The photos and videos will be in a folder called “FILES”…Lets hope ASUS fix this issue fast.

Regarding this issue the forums moderator said:

The problem is due to Android P platform privilege changed. We have highlighted your concern to technical team and checking for solution. We update with solution once we receive any feedback. Another minor problem that has been reported is regarding network icon’s placement. The moderator confirmed that it will be fixed in the upcoming FOTA update.

Issue is already acknowledged by technical team , this problem will get fixed in next FOTA update.

Apart from that they also confirmed that Digital Wellbeing is no longer available. It’s also worth mentioning that a lot of users are disappointed as despite promising to release Camera2 API in Pie, ASUS did not provide the feature on Max Pro M1.

Kingshuk form out team has framed a complete story on Camera2 API support on MaxPro M1 and other Max devices. Give it a read.

BTW have you received the Pie update yet? If yes, how’s you experience with the it? Drop and comment and share with us.

Unable to save photos on SD card under DCIM folder after updating to Android Pie is not just limited to Asus Zenfone Max Pro M1, but Max Pro M2 and Max M2 users are affected as well. To know about our investigation on the topic, see here. 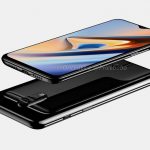