When I first got my hands on a digital camera, I was rather surprised to see the memory card. The conversion of the familiar film role to some rectangular piece of plastic seemed too good to be true, as you can reuse the same card over and over!

Back to the age of smartphones, the camera module has become an integral part of the handheld gadget. Modern phones house multiple camera sensors for enhanced photography. What’s more – you can store images in internal storage as well as external memory cards as well.

The term ‘DCIM’ is a household acronym for years since the advent of digital imaging. One can find this ‘DCIM’ folder inside the storage area of their phone, regardless of the brand and operating system. The same is true for handheld cameras as well.

Digital Camera IMages aka DCIM is part of the de-facto standard of the file system for digital cameras. The specification itself is called Design rule for Camera File system (DCF), and maintained by Japan Electronics and Information Technology Industries Association aka JEITA. Updated to latest pie stable. But software is not stable at all. Full of bugs like beta. When i want to save camera photos in sdcard, Camera app is saving image in android folder(see screenshot) of sdcard instead of dcim/camera folder. No problem in saving to phone memory camera folder when setting is changed to phone memory. Worst development team of world is asus.

After Pie update in Asus Zenfone max pro m1 camera location has been changed. It doesn’t save in DCIM/camera in SD card. Wanna to fix it. Please help me.

As readers may notice, the path is now changed to the following:

The alphanumeric text at the beginning of the file path denotes the external storage in Android. Curiously, the issue doesn’t appear when default camera saving path is set to internal storage.

We even highlighted this particular issue as a part of our article on Zenfone Max Pro M1 Pie update bugs and anomalies.

Yes, me too. I just updated to a few hours ago and was checking for any new updates for camera. I use a third party gallery called “Piktures” which is pretty decent one. This problem is only when the storage location is sd card, if its in phone everything works fine. FYI if you need to access the photos use Photos by google. The photos and videos will be in a folder called “FILES”…Lets hope ASUS fix this issue fast.

In one of our previous articles, we explained that Asus chose to ship Qualcomm’s default Snapdragon camera app (package name: org.codeaurora.snapcam) in these Zenfone series phones running vanilla Android. Looks like they forgot to include the storage writing permission in the camera app on Pie build.

I don’t want to deep dive into technical jargons, so here’s the excerpt: Google introduced Storage Access Framework (SAF) to restrict the writing capability of third party apps to external storage (such as SD cards).

From Android 5.0 Lollipop, Google further extended the framework so that apps can get partial access after a request-grant procedure.

As a matter of fact, an Asus forum moderator has posted a statement which is kind of inline with our assumption.

ZenFone Max Pro M1 Android P version platform adds more privilege in SD card reading and writing. To meet the new feature, the storage path of camera need to be changed the folder. The pictures and the video are saved successfully, please follow the new path to access the file.

FYI, third party camera apps, such as Open Camera can properly utilize SAF and save photos under DCIM folder, even on external storage.

…you can enable Settings/More camera controls/”Use Storage Access Framework”, and this should allow you to save to external SD cards. If when choosing a folder, you only see “Recent”, you may need to click on the three dots at the top right to open the menu, to enable showing the drives (e.g., “Show internal storage”, and hopefully you’ll see something similar for the SD card).

As typical gallery apps or syncing tools (such as Google Photos) don’t scan app specific directories, users are unable to interact with the photos taken by the stock camera app. We hope Asus will rollout a fix quickly, as hinted by the forum mod.

Have you faced the aforementioned issue after updating your Zenfone Max Pro M1 or Max Pro M2 to Android Pie? Comment below. 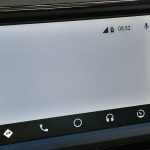