But users’ joy didn’t stay for long, as right after tasting the much awaited Pie started pouring in complaints about ASUS throwing a half-baked and buggy update just because they had to deliver something in the name of an update.

First came in massive reports from Max ZenFone Pro M2 users that after installing the newly released Android 9.0 update, there phone’s screen is continuously flickering or blinking, because of which the device can hardly be used.

Not only that, other problems like buggy volume control, deteriorated speaker and Bluetooth audio, slow charging, battery drain, lousy fingerprint scanner and glitchy brightness slider were also troubling a huge number of Max Pro M2 user after the update.

As if all that wasn’t enough already, we stumbled upon reports that ASUS had rolled back Max Pro (M2) Android Pie update due to all the bugs that plagued it.

What’s appeasing is that just as we brought the update pull back issue to focus came the confirmation from a forum moderator saying a new Pie update will be coming soon. So Pie was taken down from Max Pro M2 just in a weeks time.

Wait, we aren’t done yet.

While we were drawing your attention to all above stated issues, subsequently we came across reports from many Max Pro M1 users stating Android Pie hasn’t landed on their phones even days after the roll out. We totally understand that being a staged roll out updates often take time to make it to all intended devices. But considering that a huge chunk of users haven’t received the update even after a week and the same has already been pulled from Max Pro M2 raises a doubt.

They rolled it back as they pushed it by mistake

Yes Asus has stopped rolling out this stable pie update because of errors happened. After getting the bug and negative feedback from the users Asus has stopped the roll out of the pie update. I was told from Asus executive that now Asus is working on this error issue and bug issues. After fixing up those issues Asus will roll out pie update.. this time the update will be true stable update.

Are the rumors true? Nope. Rather there’s a twist in the story.

What’s now coming to light is that ASUS did not push Android Pie to both the models of Max Pro M1 i.e. ZB601KL and ZB602KL. The update was released only for ZenFone Max Pro M1 model ZB601KL i.e. India region. But while making the announcement about Pie roll out, they did not specify this.

In fact, even now they are telling Max Pro M1 users – without inquiring about the device model they own – that the update is rolled out in batches and will take time to reach them.

FOTA update is being rolled out batch by batch. The process of updates across all the phones will take a few days. Coming back to Pie roll out to limited devices, the confirmation came form a forum moderator who said Pie was released only for ZB601KL, while for ZB602KL it is still being optimized. Here’s their exact statement:

Android Pie has been released for ZB601KL in India region.
For ZB602KL, we are actively preparing and conducting tests to ensure optimized performance of the system. The same moderator said something similar on another thread.

We don’t understand what’s with companies not providing crisp and clear information to smartphone users these days? Had Asus clearly informed Max Pro M1 users about Pie’s roll out to only ZenFone Max Pro ZB601KL, this entire mess wouldn’t have been created in the first place.

Anyway, if you own a Max Pro M1 and haven’t received Pie yet, hope this story will give you some clarity. And worry not, we are keeping an active tab on all related developments and will inform you as and when Pie gets rolling for ZenFone Max Pro M1 (ZB602KL).

Another forums moderator gave a similar response regarding ZenFone Max Pro M2 Android Pie update. They said the update was rolled out for India only and for the rest, it is still being optimized.

Android Pie has been released for ZB630KL in India region.
For ZB631KL(WW/TW), we are actively preparing and conducting tests to ensure optimized performance of the system.

A new Android Pie update with May security patch has been released for both ZenFone Max Pro M1 global as well as Indian variants. It fixes PUBG HD graphics and Night Light issues. Complete story here. 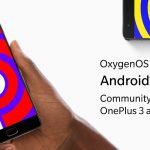