ASUS’ Android 9.0 Pie update – that got rolling out to three of the company’s Max lineup of phones (ZenFone Max Pro M1/M2 and Max Pro M2) couple of weeks back – was a total disaster on both Max Pro M2 as well as Max Pro M1 devices.

Why so? Because the update just backfired. While users were eager to taste the long-awaited Pie, it turned out to be a half-baked serve that left a bad taste in their mouth. An experience so bad that ASUS ended up rolling back the Pie update from ZenFone Max Pro M2 with in a week’s time.

As for what bugs caused this mess, the list is loooong. From issues like continuous screen flickering or blinking to buggy volume control, deteriorated speaker and Bluetooth audio, slow charging, battery drain, lousy fingerprint scanner and glitchy brightness slider all were reported on Max Pro M2.

Sadly, the update was no different on the second in hierarchy in the Max lineup of phones, ZenFone Max Pro M1 devices.

While many were troubled with the bugs plaguing their units after Pie, a massive chunk of Max Pro M1 were left longing and didn’t even received the update.

Here’s what some of the complainants have to say: While users were complaining about no update, it came to our sight that Pie wasn’t released on both Max Pro M1 models ZB601KL and ZB602KL. Rather, the roll out was limited to Indian region devices (ZB601KL) only, something that ASUS didn’t consider informing about while pushing the update.

This information came form a forums moderator and here’s what they said:

Android Pie has been released for ZB601KL in India region.
For ZB602KL, we are actively preparing and conducting tests to ensure optimized performance of the system In between all this, another problem that bothered a lot of Max Pro M1 users was PUBG HD graphics taken away after Pie. Going by the immense popularity of PUBG, it was totally normal for users to freak out on losing the ability to play the game in HD with high frame rate.

I’ve installed stable pie update on my zenfone max pro m1 on April 11th…Before the update (i.e) in OREO version…I’ve experienced HD graphics &High FPS option…But now The HD option is showing to me as COMING soon and The HIGH FPS option was diabled…..What a worse update…Asus should fix this for their customers….!!!!

Many of the affected users have routed to the social media platform Twitter to bring the issue to notice. Here are some recent reports: One of the forum moderators earlier acknowledged the issue saying the issue seems to have been caused by a compatibility glitch between the app and system platform.

This seems to be caused by the compatibility between the app and system platform. We are checking the root cause and solution, we have passed your concern to technical team.

Coming to the latest development on the matter, a different forum moderator has informed Max Pro M1 users that ASUS has informed PUBG about the problem in question and are doing their part to fix things up.

ASUS’ internal team has notified PUBG Corporation to clarify the issue and is positively adjusting the optimization to fix the problem.

In addition, the moderator also suggested users to report the issue to PUBG via Play Store.

Also, users who have this problem may also report this issue to PUBG Corporation via Google Play Store. Good to see that ASUS is acting quickly to resolve the problem in question. Hoping ASUS and/ or PUBG does the needful to fix whatever has caused the loss of HD settings so that user experience is not compromised.

Meanwhile, you can drop a complaint in the Review section of PUBG’s Play Store listings page as suggested by the moderator. Rest, needless to say that we are keeping an active tab and will update the story as and when any new development comes to our notice. 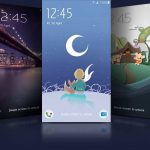 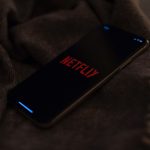