Sometimes, it is pretty easy to forget just how complex the engineering that goes on behind the scenes to make our smartphones work correctly is. Often times, our devices are a single misstep away from disaster and the countless update recalls are a testament to this.

Not too long ago, we brought to light that Asus ZenFone Max Pro M2 users were having issues with their devices after an update to build .073. More on that story here.

That was way back in March this year and many affected users have been stuck with unusable devices since then. Recently, we highlighted that Asus was working to fix ZenFone Max Pro M2 ‘stuck while booting’ issue, this even at a time when the affected users were borderline losing hope altogether.

Now, it is coming to light just how extensive the problem for the affected Asus devices is. According to users who tried to get help on this issue from Asus, the issue requires that the affected devices undergo a motherboard replacement.

Sadly, the company required the users to fork out their money and foot the cost of motherboard replacement for their device, despite the issue being caused by an update rolled out by them.

This was no doubt, bound to rub all the affected users the wrong way. Many of these users have been rallying themselves online, trying to petition Asus to issue a recall for the Asus ZenFone Max Pro M2.

Luckily, it seems as though the company really does listen to the cries of its users. We are reliably informed by one of the affected users that Asus is going to swap the affected users’ handset defected with this boot issue.

If Asus indeed decides to do this for all affected users, this could see an end to almost three months of suffering for Asus ZenFone Max Pro M2 users. We shall continue to keep an eye on this story and update as and when we get more info.

Many thanks to Chouhan for sharing the details of his case.

It appears the company is handling the cases one by one, as now one more complainant has mentioned that they’re getting a replacement device. (Thanks again for the info Chouhan!) We’ve reached out to the company to know their official stand on the matter. As and when we’ll hear back, we’ll update this post. Meanwhile, we’d encourage affected users to share their experience in the comments section below. 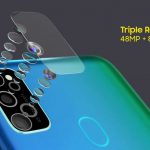