Asus is still working on the ZenFone Max Pro M2 Android 10 stable update. There is no known date to expect the software to be made available for the device.

The beta version has been around for several weeks now. Matter of fact, most ZenFone Max Pro M2 owners would have expected the stable version to be out by now, but the wait is still on.

To further cast a shadow of doubt on the imminent release of Android 10, Asus recently pushed a new Pie-based April update to the Max Pro M2, tagging along a new security patch and an updated APN list as seen below.

Not long after the March update, ZenFone Max Pro M2 owners started reporting issues with booting up the phone. Apparently, the device was stuck on the boot logo screen, effectively rendering the device unusable.

My phone was working fine till last evening. Suddenly it restarted itself and stuck at ASUS log since then. I could not even start recovery mode. Even charged it 100% twice since then and trying again again to turn it on.
Source

I was using my device last night and I switched off automatically. It is still in corrupted state and it gets stuck on logo. What to do? Will I get all my data back after solving as I don’t have backup. Please suggest any solutions as it is lockdown period.
Source

Several other affected users have also made their agony public via the same ZenTalk forums and Twitter, but Asus has yet to make a significant contribution to the subject so far.

What’s even more frustrating is that affected units won’t allow users to manually flash the latest build .075. Apparently, the device won’t enter recovery mode and although fastboot mode is possible, flashing the stock firmware is still a problem in this mode.

By the look of things, the only viable fix here may be going to the service centers, but with the current lockdown situation, it seems you are stuck with a bootlooping ZenFone Max Pro M2 for the next several weeks.

Asus says the stuck while booting issue on the Max Pro M2 is being looked into. Head here for more details.

An update that was rolled out for Zenfone Max Pro M2 has caused boot loop issues that requires replacement of the motherboard. Head here for more details. 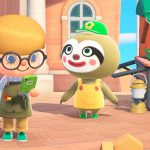 Animal Crossing New Horizons (ACNH) Shrub List & How to get them ? 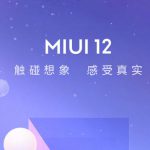