Many of the eligible devices for the Android 10 update have already been updated by the respective OEMs. This means that Android 10’s market share only keeps growing with each new phone release and phone getting updated.

True, there are still some outliers that are eligible for the update but haven’t been updated yet. However, many are scheduled to get updated within this second quarter of 2020. The devices awaiting an Android 10 update also includes Asus’ Zenfone Pro M2 and the Max Pro M1.

Despite not having been officially updated to Android 10, the Max Pro M2 and Max Pro M1, both have had initial developmental builds of the much-anticipated update. You can read more about that here and here.

But that was way back in January. If every other beta update is anything to go by, the official stable update should have rolled out to eligible devices a long time ago. However, back in March, Asus support confirmed that Max Pro M2 and M1 update was under evaluation.

The same status quo has stuck for a while now. The latest we heard from Asus on the matter is that the updates to both the ZenFone Max Pro M2 and Max Pro M1 are still under development. This implies that the OEM is still evaluating the feedback from the beta testers. More on that development in our coverage here.

Fast-forward to the present day and, while replying to a user comment on Twitter, Asus’ Mobile Division personnel Olivier Vongxay shared the latest status update on the matter which, let’s warn you, isn’t a piece of pleasant news.

While they didn’t respond directly when they were asked about the timeline/ETA of Android 10 on ZenFone Max Pro M1 and M2 they said there’s no confirmed schedule to communicate as of now. They added even the month of arrival isn’t known as yet.

Responding generally he mentioned that the team just finished their work on Max M1, for which the Android 10 beta (AOSP version) recently came out. That said, there’s still no info on what the company’s next priority would be. So it may or may not be the stable Android 10 update for ZenFone Max Pro M1 and M2.

This is, no doubt, some devastating news to ZenFone Max Pro M1 and M2 users who have been eagerly awaiting an official build of Android 10. However, for users that would like to go to the unofficial route, there’s a solid option.

LineageOS 17.1 is available for the ZenFone Max Pro M1 and M2. This brings the very latest AOSP Android 10 features to these two devices with little in the form of glitches. This aftermarket firmware brings a new look and feels to your device. You can read more about that here.

As you might be aware, the next version of Android, Android 11/R is already in development. See if your Asus device is eligible for Android 11 or Android R

The update to Android 10 seems distant as the Max Pro M1 and Pro M2 pick up the April security patch. Head here for more details.

The stable update to Android 10 for the Max Pro M1 has been postponed due to poor test results and the struggles to fix the bugs. Head here for more details.

The stable Android 10 update for the Max Pro M1 has yet again been postponed to the mid of May. Head here for more coverage.

The AOSP developer version of Android 10 is now available for the Zenfone Max Pro M2. Head here for more details. 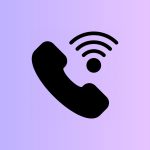