Original story (from May 06) follows:

ZenFone Max Pro M1 owners had grown frustrated following months of waiting for Asus to roll out the stable update to Android 10 operation system. The company started testing the OS in late January and never addressed bugs in the initial beta build with new updates.

Out of nowhere, Asus recently uploaded another ZenFone Max Pro M1 Android 10 build on its download center. The release notes attached to the update did confirm that this was yet another developer version (AOSP).

Does the fact that the latest ZenFone Max Pro M1 Android 10 build 17.2017.2004.424 is available for both sets of users coming from Android Pie and the first Android 10 beta build imply it’s actually the stable version?

Well, Asus’ support thinks so, at least going by the screenshots above obtained from a Telegram group. Apparently, support says the latest build .424 is the stable release that should also hit the ZenFone Max Pro M1 units as an OTA update. In fact, the same guy claims the rollout begins today.

As usual with OTA updates, some devices may have to wait for more than five days before actually receiving the OTA update to Android 10. It remains to be seen how true these words are, so let us know in case you get the OTA in your comments below. 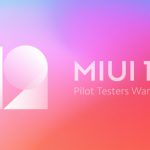 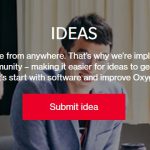