If you are an Asus ZenFone Max Pro M1 user and have been waiting for the Android 10 update (which is currently the latest and the greatest Android OS available from Google), then we have a news for you that’ll surely be music to your ears.

Yes, you guessed it right, the Android 10 update for the device is now available. We have came across multiple reports that cement the fact that the Taiwanese company has finally released the update.

So as clear from these tweets, the Max Pro M1 Android 10 update is rolling out in multiple regions – at least India and France can be confirmed through these tweets.

Interestingly, the included security patch level is November 2019, while the phone did receive December 2019 patch on Pie. It could be possible that the aforementioned build is release-escrow or beta.

While we are still searching for an official announcement on the matter, the following is a user-shared download link of the update:

Please be warned that we are not endorsing manual download and installation of the update using the aforementioned link. So proceed at your own risk. This is a developing news story, and we will update it as and when we have more info.

Until then, drop in a comment below in case you have received the update. And also let us know how’s Android 10 treating you. Oh, and yes, in case you want to know about the WiFi calling (VoWiFi) status in India about this device, don’t miss our post here.

There you go! According to Asus India, this particular build is part of the beta channel, but the stable release should be available soon. 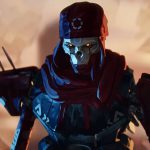