Here’s a crux of the article in a small video:

While several major OEMs like Nokia, Xiaomi or Motorola are trying out the path of vanilla Android with their Android One lineup, Asus has decided to stay away from the trend. Not completely though, as the Taiwan based OEM came up with the ZenFone Max Pro lineup to tackle the competitors.

The idea was simple – a mid-tier phone running close-to-stock Android with a killer price tag. Asus also published corresponding kernel source code (with some drama) and allowed the end users to unlock the bootloader of these phones. As a result, they became quite popular.

The company rolled out the Android Pie update for both ZenFone Max Pro M1 and M2 during the second quarter of this year, but the initial builds were riddled with bugs. They had to release new builds to address the issues in the subsequent weeks.

The phone duo received their last update back in back in October, as Asus doesn’t follow a proper monthly security patch schedule with this lineup. Interestingly, the non-Pro variant of ZenFone Max M2 recently picked up the December patch, and the other follow the trend.

There is no public beta of Android 10 for these phones yet, which is a sharp turn from the earlier development. As a consequence, the owners of ZenFone Max Pro M1 are also getting a similar security update (16.2017.1912.060) based on Pie.

Grab the appropriate package from the following section to update your ZenFone Max Pro M1/M2 to the latest security patch: 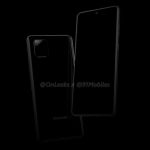