December continues to chug along and various phone makers are pushing out the corresponding monthly security update to their devices. Apart from Google, Samsung is doing a marvelous job so far. The good news is, even more phone makers are following this trend.

Asus is rolling out the December patch update to the ZenFone Max M2. The OTA brings the software version running on this device to 16.2018.1912.55. Beside an updated patch, it also packs a few important fixes as outlined in the changelog below.

FYI, Asus skips the November patch altogether, as the previous update (16.2018.1910.51) brought October patch. The new update should hit the phones in phases as per the standard rule of the OTA rollout. If you want to skip the queue, the full update package is here:

Another Samsung device is getting updated, and this time we are talking about the T-Mobile exclusive Galaxy Note 10+ 5G. Unlike the 4G counterpart, this particular variant comes with Android 10 based One UI 2.0 out of the box.

The minor incremental update (less than 200 MB) bumps the software version from ASKT to ASL3.

The new build contains the December security patch but little else, according to the changelog. It is the first aka day-one update to be pushed out to the device. The official update tracker of T-Mobile talks about some ‘QC patches’, which could be either ‘quality control’ or ‘Qualcomm’.

And now we have a Nokia phone in town. While Nokia 7.1 picked up stable Android 10 update earlier, Nokia 6.2 is limited to yet another Pie based security patch.

The phone is set to be an affordable mid-ranger, but it doesn’t skimp on cameras. With three sensors on the rear, the main snapper is a 16 MP, f/1.8 sensor which is capable of capturing a good level of detail on landscape shots with strong colors.

Below are the download links to the December update (software version V1.06C) zip file:

Monthly security patch updates are incredibly important. As Android is a vast ecosystem and spans across hundreds of OEMs and millions of devices, a single system vulnerability could mean millions of users are at risk. 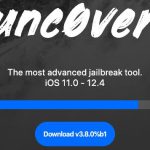 Renowned jailbreak tool unc0ver now available for A12 iPhones running iOS 12.4.1 and below 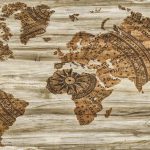