October is the month of new smartphones which is why it is called “Techtober” among tech fanatics. We got the Pixel 4 devices from Google, the OnePlus 7T Pro and also there is a continuous push of the latest security update as well.

OEMs are trying their best to upgrade their devices to the latest October security patch and tick them off from the list. And the latest one to join this list is Asus. 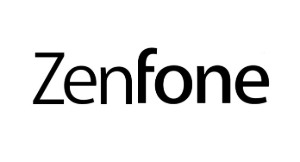 As in a recent development, Asus has rolled out the latest security patch update for not one but two of its devices namely, Asus ZenFone Max Pro M2 and Max M2.

The update for the Asus ZenFone Max Pro M2 also brings along fixes for the launcher as well as other security issues while the Max M2 gets fixes for screen flickering and icon disappear issue. Let us dig more detail about the update received on both the devices, one by one.

Another weirdest name phone from Asus is receiving the latest update that carries the version number v16.2017.1910.071. The full update package weighs in around 1.5GB in size. So, make sure to use a stable internet connection to download the update. Recently, its predecessor i.e. the Max Pro M1 also received the October patch. However, there is still no sign of Android 10 on both the devices. Moreover, the Max Pro M2 has received a similar bug fix update back in September.

Below is the official changelog and screenshot of the update for the Asus ZenFone Max Pro M2:

If you do not want to wait for the OTA update to arrive on your device then, you can download the update package file from the below download section for sideloading.

The Asus ZenFone Max M2 which was launched in December 2018, is another device from Asus to receive the latest October patch. It carries the version number 16.2018.1910.51. Notably, it got the August security patch back in September. Asus has made the announcement on their official ZenTalk forum:

The new update also brings along fixes for flicker issues, mute icon disappear in the status bar, and more. You can check our the official release note below:

As always, the update is pushed via OTA in batches and will take some time in hitting all the devices. However, you can download the package file from the below download section for sideloading:

Note: You can check out our dedicated section for Asus smartphones on our website for more similar stories. Realme XT, 5, & 5 Pro now officially eligible for bootloader unlocking, Realme 1 to get it in February 2020