Yes, the much-awaited bug fix update is finally here! I am sure the title of this article must bring peace to the unrest created among ZenFone Max Pro M2 users after receiving the August security update (v16.2017.1906.069) that downgraded Widevine L1 support to L3.

FYI, something similar happened with M2’s elder kin ZenFone Max Pro M1 as well. Along with the Widevine glitch, the patch triggered another problem on Max Pro M2 devices, i.e. flickering on screen rotation. Proliferating user complains got Asus to pull the update (just as they did after serving the half-baked Pie update to the device).

Thankfully, the Taiwanese OEM did promise to fix both Widevine L1 and screen flickering on rotation glitches, as well as come up with a new patch soon. Aaand looks like, they’ve lived up to their word this time. Incoming is a new update for Max Pro M2 that bumps the version to 16.2017.1908.070.

The short and crisp official changelog however only notifies about fixing the screen rotation flickering and third party issue (which one? That’s unclear). Here’s what the announcement post says:

So yeah, for JP SKU, the currently patch circulating is merely a performance enhancer. Coming to what you all have been waiting for, the Widevine L1 certification that got degraded to L3 with the .069 update, while it’s not stated in the changelog, some users are reporting it has been restored. Here’s what a user who installed the latest patch has to say:

Updated the OP with v070 link. Here are the bug fixes
1) They had removed Widevine L1 in v069. Now it has been restored.
2) Weird animation while switching from landscape mode to portrait mode has been fixed. But the ghost notch hasn’t been fixed. The notch appears for a micro second and disappears when you open or exit a game which runs in landscape mode.

A breath of relief, finally! As is often the case with airborne updates, they take time to hit all devices. But not all are keen to wait for the FOTA, so downloading manually is an option for them. So those of you who’ll be looking for the download link, we’ve reduced your effort by providing it here.

Happy installing! Here’s hoping this latest update doesn’t disturb any existing functionalities?. Feel free to let us know in case it does. All you gotta do is drop a comment.

Also, those of you with ZenFone Max Pro M1 devices waiting for the promised bug fix update restoring Widevine L1, we’re keeping a tab on that and will let you know as & well the patch goes live. 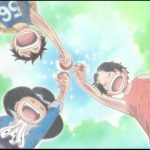 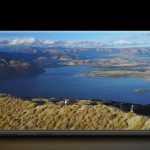