Ever since the Asus ZenFone Max Pro M2 software update that installed Android Pie rolled out, owners of the device have been experiencing a myriad of issues on this device.

The Pie update not only brought some cool features to the phone, but it also broke others. Sure, Asus was quick to fix some issues, but more kept popping up as the OS rolled out in more regions across the globe.

More recently, the ZenFone Max Pro M2 got an update that combined July and August security patches into a single file. The update had been long overdue after missing out in July, but thing haven’t been good since this update arrived.

The major issue that popped up after users of the Max Pro M2 updated to version 16.2017.1906.069 was downgrading Widevine certification from L1 to L3, meaning the device lost the ability to stream HD content from Netflix and co.

Interestingly, this issue was also encountered by users of the ZenFone Max Pro M1 after installing this same update. While the company has since come out to acknowledge the issue affecting Widevine certification and is looking into it, another issue related to the display screen was recently reported with respect to the Max Pro M2 after the recent update to August security patch.

Apparently, the August update also causes unseen-before flickering when the display orientation is changing. You now see a black notch-like shape on switching from portrait to landscape and vice versa for a few seconds.

Seeing that these issues seem to be on the rise since the August update arrived (or probably due to some other glitch tat hasn’t been highlighted as yet), Asus has pulled the update. A number of users have been barking at the company for the delayed update on their ZenFone Max Pro M2 sets on Twitter and the ZenTalk forums.

And going by the multiple responses by moderators in the ZenTalk forums, the FOTA update isn’t coming your way because Asus has halted it. The Taiwanese company has also removed the firmware from the download center so that no one attempts to manually install a buggy update.

We, unfortunately, have to announce that .069 version FOTA release has been postponed due to test result did not achieve the improvement as expected. The latest version for ZB631KL is WW_15.2016.1905.65. ASUS is positively adjusting the optimization and also expected to conduct a software update as soon as possible to solve your current problem. We apologize for any inconvenience caused, and thank you for your patience and continued support for ASUS!
Source

Asus hasn’t indicated when it intends to release a patched update, instead, it is now pointing users to the previous build. But given how widespread the issues are, we expect to see a new update for the affected ZenFone Max Pro M2 units in the coming days.

We will keep an eye on this development and update this post when the new software begins rolling out to this device. 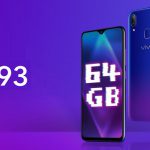 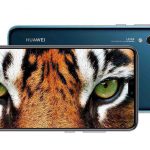