Apparently, before receiving the long-awaited Android 9.0 Pie update, ZenFone Max Pro M1 and Max Pro M2 users were like, where is Pie and why is it being delayed? Cut to as soon as Pie landed on their phones, users went why has ASUS pushed a half-baked beta update as stable Pie? Users have been venting their frustration across ASUS ZenTalk forums since Pie rolled out, and have pointed out every feature/functionality that the update broke or took away and the bugs it instigated. We at PiunikaWeb, have tried to bring most of the issues to notice, and still continue to do so.

Android Pie crapped up so bad on Max Pro M2, that ASUS ended up pulling back the update in less than a week’s time. What was relieving was that a new update was released in the next week, that fixed the screen flickering/blinking problem, but reportedly left other issues unentertained.

Apart from the above stated problems, many Max Pro M1 users had not received the update even after weeks and were complaining. And then it was disclosed that ASUS didn’t push Android Pie to both models of Max Pro M1. The update was released only for Indian region devices (ZB601KL).

As if all that wan’t enough already, now a new Android Pie-related problem has come to our sight that effects both Max Pro M1 and Max Pro M2 devices. The device’s lock screen goes black on swiping up to unlock the phone after the update, and the password or pin screen doesn’t show up only.

Here’s a user shared clip of the issue: Click/tap on the screenshot for actual video proof

That means, users aren’t able to unlock their phones unless they change the lockscreen settings.

The issue is specific to unlocking the device with pin or password, as unlocking with fingerprint or face unlock has no such issues. This could be the reason why not all Max Pro M1 and Max Pro M2 users are affected by this issue.

Here’s how some of the affected Max Pro M1 users explain the issue across the company’s official help forum:

I recently upgraded my Zenfone Max Pro M1 to Android Pie and now my phone goes black when I try to unlock the phone. Only the home screen (locked) is visible and if I tap on any of the notifications, it goes black. I cannot access anything. This is a huge bug and I don’t know what to do.

I have updated my Max pro m1 with Anroid 9 Pie version given by Asus dated on 10th April 2019. After update only the fingerprint sensor works to unlock the mobile and other ways of unlocking like patern, pin are not working.

I have tried both pin or pattern lock. When I double tap on screen, screen awakes but when I try to swipe the screen to the pin or pattern, the screen goes black. Nothing to see. At the same time when I put my finger on sensor it starts. It means there is a problem to unlock the mobile with pattern or pin.

Something similar has been reported by users on Twitter also: As stated above, not only Max Pro M1, even Max Pro M2 users have been reporting the issue since they received the first buggy Pie update (that got pulled eventually), and some even continue to do so even after receiving the newer Pie update. Here are some recent reports:

Asus …please give a solution the phone is unusable . because the lock screen number-pad doesnt show up.. and when i try to swipe up . screen turns black.. only fingerprint works..

After stable PIE update. Every time i got screen black when i try to swipe up to unlock phone. please fix this issue

One of the affected Max Pro M1 users recently added that fingerprint and face unlock worked for a few days, but now their device is completely locked because of the issue.

Please solve this issue ASAP. My phone is blocked after Pie update. For few days at least fingerprint and face unlock was working, but not it’s completely locked. Unlock method was pattern , FP and face unlock, but nothing is working. This is the major issue. How can pie update got released with this critical issue? After taking the phone in hand, the very first thing user will do is unlocking their phone, other things comes after that. This issue is really really unacceptable.

As for what has ASUS done so far to address the complaints, one of the forums moderator has asked the complainants to share the video proofs. But nothing more. Hoping ASUS gives users some clarity about is causing the lockscreen issue after Pie. Rest assured, we are keeping a tab on the matter and will update the story, as and when any new development comes to our sight.

In the meantime, if you are also facing the lockscreen issue discussed in this story, drop a comment and share with us your observation.

NOTE: Those of you interested in reading more ASUS ZenFone-related news and stories can head here. 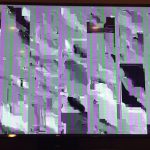