Last month was quite an ebb and flow for Taiwanese OEM Asus’ ZenFone Max Pro M1 and M2 phone users. Soon after the long awaited Android 9.0 Pie update kicked on Max Pro M1/M2 devices (in the second week of April), began a sequence of broken functionalities coming to light every other day.

To begin with, screen flickering or blinking was the first problem that troubled a gigantic number ZenFone Max Pro M2 users after installing Pie. Users reported their phone’s screen continuously flickered to an extent that the device could barely be used.

In between all this, within a week of its release, the company silently pulled the Android Pie update from Max Pro M2. However, a few days later, Asus rolled out another Pie update after quickly fixing the screen flickering problem. Other Pie-triggered issues were reportedly left unentertained though.

That was just about ZenFone Max Pro M2. We are still to talk about Pie-instigated problems that were reported by Max Pro M2’s kin ZenFone Max Pro M1 device owners who also have been enormously (if not equally) bothered after installing the update.

Subsequently, we came across reports from many Max Pro M1 users stating Android Pie didn’t land on their phones even days after the roll out. And then it was disclosed ASUS never pushed Android Pie to both models of Max Pro M1. Rather, it was released only for Indian region devices (ZB601KL).

ZenFone Max Pro M1 (ZB602KL) users were disappointed to know the company didn’t find it important to inform them about this model specific roll out while releasing the Pie update.

As if all the above stated bugs were were not enough already, yet another Pie instigated problem that affected both Max Pro M2 and M1 devices came to light. The device’s lock screen went black on swiping up to unlock the phone, and the password or pin screen didn’t show up only.

Pheeew. That’s quite a looong list of problems to plague a single update. In fact, it left both ZenFone Max Pro M1 and Max Pro M2 users complaining about ASUS’ update testing procedure and pushing a half baked beta update in the name of a stable one.

But looks like the company is considering the user feedback to make relevant improvements in Pie and deliver Max Pro series users a better quality software. Recently, a ZenTalk forums moderator informed an upset Max Pro phone user that Asus devs are working to improve the Pie update.

Our devs are working on improving the Pie update released for India Max Pro series.

Here’s the interaction between the user and the forums moderator.

Here’s hoping Asus does the needful to fix things up and give a bug free Pie update to Max Pro series users some time soon to make up for the bad experience they left users with.

Rest assured, we are keeping a close watch on the matter and will let you know as and when any bug fixes or update enhancements get live. In the meantime, feel free to share with us your experience with Pie and what improvements you wish to see in the upcoming Pie updates on Max Pro series. 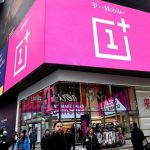