HMD Global announced its official Android 10 plans back in August and at the time, the Finnish company did confirm that the Nokia 7.1 Android 10 update will arrive before the year ends.

The update was slated to arrive alongside the Nokia 8.1 and Nokia 9 PureView, although there was no word on whether the trio would actually receive the OS at the same time.

Nokia’s Android 10 update first went out to the Nokia 8.1 in early October before arriving on the Nokia 9 PureView last week. In between, we came across Android 10 internal builds for the Nokia 7.1, Nokia 6.1 and Nokia 6.1 Plus, suggesting the rollout was imminent.

And indeed, as of this writing, the Nokia 7.1 Android 10 update is now rolling out globally. As usual, Juho Sarviakas is the one to break the good news via his Twitter account.

The Nokia 7.1 Android 10 update, which is highlighted by the system-wide dark mode, is arriving as version V4.08B, but for some reason, HMD has included an older November security patch.

Below is a summary of the changelog as provided by HMD:

– Dark mode – Take it easy on your eyes.
– Smart reply – Save more time with recommended actions.
– Gesture navigation – Get around with a swipe and a pull.
– Additional controls for privacy and location.
– Google security patch (2019-11).

FYI, the Nokia 7.1 picked up its November patch close to three weeks ago and several devices have already received their December patches, so it’s hard to understand why Nokia would include an older patch in the latest OS.

Since this is an OTA rollout, it will take several days before all Nokia 7.1 units across the globe receive their Android 10 updates, so stay patient. If you want to sideload manually, then you should take a look at the following section:

Meanwhile, stay tuned to our Nokia and Android 10 sections for more related coverage. 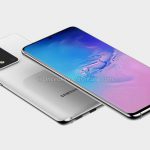