When is Mi A3 Android 10 update arriving? Why is it taking so long for the company to push it? A quick look at social media platforms conveys the plight of Mi A3 users who are being bugged by thoughts like these for months now.

Let’s start from the very beginning. Going by what Xiaomi support shared a few months back, Android 10 was anticipated for Mi A3 in January this year. The desperation among users triggered them to even initiate a petition, that to the current day has been signed by more than 8500 people. With proliferation of queries, it then came to light that Mi A3 will get Android 10 in February instead, this time it was Xiaomi India bring the latest information to the Mi A3 Android 10 hopefuls.

Amid all this came the good news of the update’s availablity for some users in India, starting the incidents of confusion. But later on, it turned out to be part of the closed beta test. Then a few days later, in an interaction, Mi support revealed the update will go live in mid-February.

The entire sequence of events got Mi A3 users all the way more confused and questioning. In between all this, fake changelog/update screenshots also began to circulate across social media platforms. Coincidentally, putting things at ease, at the same time, Xiaomi France informed the update will now be released in March.

Following that, it came from Mi India support that the update has been delayed due to Coronavirus epidemic in China. But there’s still a lack of consistency, as Xiaomi Brazil says Android 10 will hit Mi A3 units during this month only, i.e. February itself. Cut to now. Screenshots of messages from someone who works for Xiaomi (allegedly a developer) are surfacing that explain the entire situation. They say the update has been postponed twice.

It was first planned in January beginning, but due to some issue with third-party code, it was pushed to further to mid-January, when the Android 10 source code was published.

But then, due to some glitches, the build failed to pass the testing phase and was postponed once again. During all this Coronovirus also hit China, and things went in limbo. However, now they claim things are progressing and the update should be out either this month or early March.

Here’s a screenshot of the message (that was originally posted on a telegram chat group).

FYI, laurel_sprout is Mi A3’s codename. Well, it’s still questionable how legit this information is, but the explanation appears believable considering the sequence of events pointed. Let’s hope this time Xiaomi meets its target in time and delivers a stable Android 10 update to Mi A3.

Rest assured, we’ll let you know as and when that happens. For more Xiaomi related news, head here.

A new version of Android 10 is now available for the Mi A3 with a new security patch for March 2020 and bug fixes for the fingerprint issue and more. The update is available for those coming from Pie as well as those who got the buggy Android 10 update a few weeks ago. Check out the full story here. 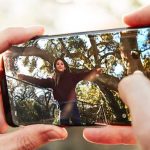