PiunikaWeb readers must have bumped into our recent coverage regarding how confusing the company is on the matter of Mi A3 Android 10 update.

There is just so much going on from Xiaomi that no one out here knows what to believe. One day there’s talk of the Mi A3 Android 10 update rolling out soon and the next day something totally different pops up.

For a while, we’ve known that the rollout would begin in mid-February. In fact, some thought the OS had arrived after an Android 10 ‘Bug Megathread’ went live on Mi Community for a while, but no single Mi A3 owner can confirm that indeed the OS is up for grabs.

Sure, we recently came across a pair of screenshots alleged to belong to the Mi A3. Apparently, the screengrabs suggest that Android 10 is rolling out to the Mi A3 in Spain and Portugal, but it has since been established that they are fakes.

That said and done, it means Mi A3 owners still have to wait for the update to Android 10, but no one knows the exact date the OS will begin rolling out.

On the brighter side, Xiaomi France has come out to shed some light on the matter. Apparently, the update will no longer roll out this month, instead, expect it as from next month.

Just so you know, previous release dates also came from Xiaomi personnel and since they haven’t materialized, there is no way to ascertain that this info is indeed the most accurate.

Either way, there isn’t much we can do about it other than wait for the update to arrive God knows when. Oh, if signing the Change.org petition on this matter makes you feel better, check out the details here.

Adding onto what Xiaomi France has said, Xiaomi India support now says the delayed Android 10 update for the Mi A3 is due to the coronavirus situation in China, something that is also affecting Vivo’s plans with rolling out Android 10.

Going by the information coming from a user, the update could land on the phone in the first week of March. We’d suggest you take this information with a grain of salt until there comes an official word.

Just done a conversation with Xiaomi staff, Mi A3 will get a android 10 Update in March 1 week. Press release will soon.

A new patched-up version of Android 10 is now available for the Mi A3 with March 2020 security patch. The update is available for those coming from Pie as well as those who got the buggy Android 10 update a few weeks ago. Check out the full story here. 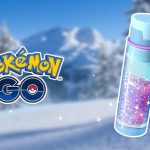