Xiaomi has left many confused and even more others totally infuriated by its Mi A3 Android 10 update antics. The company has been toying around with the availability of the OS for this device for weeks now, but it seems the wait is coming to an end.

The Mi A3 was expected to begin receiving Android 10 in mid-February. When the OS failed to arrive, company support came out to suggest that the coronavirus outbreak in China was at the heart of the delay.

Totally understandable, but some Mi A3 owners didn’t buy the story, claiming that Android One software isn’t handled by Xiaomi’s China developer team. However, an alleged Xiaomi developer later came out with what seemed like a believable explanation for the situation, still with coronavirus taking a share of the blame.

Adding more weight to the same, Xiaomi India brand lead Sumit Sonal hinted that the same unforeseen global circumstances surrounding the coronavirus outbreak may force the company to delay rolling out the Mi A3 Android 10 update.

While responding to a concerned Mi A3 owner regarding the availability of the new OS, Sumit had the following statement to make:

Thanks a lot for your patience around the Android 10 update for Mi A3. We are in the last stages of getting the final certification on the update. It is however still pending and delayed due to unforeseen circumstances at a global level. Will keep everyone posted.

As seen above, he does mention that the company is in the last stages of getting the final certification on the update, meaning the rollout shouldn’t take ages to begin.

Speaking of which, we’ve recently seen major hints of a possible March release for the Mi A3 Android 10 update, probably even during the first week. But until then, the best owners of the device can get right now is the latest February security patch.

Arriving as version V10.3.15.0.PFQEUXM, the Pie-based OTA weighs in at 86.4MB and potentially prepares the Mi A3 for the upcoming OS upgrade, so be sure to grab it once the download notification shows up.

Big shout out to Gobbe Chris and Lalit for the tips!

A new version of Android 10 is now available for the Mi A3 with a new security patch for March 2020 and bug fixes for the fingerprint issue and more. The update is available for those coming from Pie as well as those who got the buggy Android 10 update a few weeks ago. Check out the full story here. 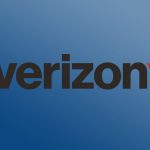 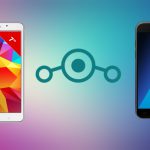