It was a long wait for Mi A3 users! Despite being a part of the much celebrated Android One program, Xiaomi kept them waiting for Android 10 update. In the meantime, the brand confused everyone about the rollout. One day, we even thought the update really started rolling out.

The consumers were frustrated, and it was understandable. In order to pacify the raging user-base, circles close to the brand released timely updates about the build getting certified. What bewildered us more was the fake screenshots that circulated everywhere on the social media.

Are you using this controversial Android One smartphone? Don’t worry! You won’t have to wait anymore. The brand has finally released Mi A3’s Android 10 update today. From the screenshot, we could perceive it brings three major changes (dark theme, gesture navigation, and privacy controls).

Right now, global units are receiving the update. And, the overhaul should hit European units pretty soon. On the official community, you can read an announcement, in which the OEM yet again projected Corona outbreak as the reason for the delay.

Hey Mi A3 users,
The Xiaomi Mi A3 was due to receive the Android 10 update a bit earlier this month but has missed that date by a couple of weeks now. The outbreak of the novel coronavirus – officially known as COVID-19 – is wreaking havoc on the tech industry, and that was the only reason for slowing down Android updates 10 updates for Mi A3.
(Source)

Mi A3 users are suffering from numerous bugs after Android 10 update, of which one pertaining to fingerprint scanner is predominant. Read the full coverage here.

Note:- For similar stories, send your eyes to our dedicated section.

Mi A3 users are now getting a bugfix beta update. Complete story here.

Mi A3 owners have a new version of Android 10 with a new security patch for March 2020 and bug fixes for the fingerprint issue and more. The update is available for those coming from Pie as well as those who got the buggy Android 10 update a few weeks ago. Check out the full story here.

We are gathering reports that Xiaomi has stopped the Mi A3 Android 10 rollout. See the full story here. 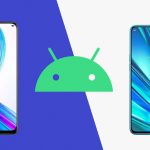