Whenever, we talk about the Xiaomi Mi A series, especially the Mi A3, we are pretty sure that the first thing that might pop in your mind is about the Android 10 update.

This question is understandable, as there has been so much hullabaloo related to the Android 10 update for the Xiaomi Mi A3, which one cannot miss.

To start off the Android 10 update was released for the first time officially on the last day of February. But soon the rollout was stopped due to various bugs like the fingerprint issue.

However, the Chinese OEM was quick to respond to this situation and released a beta update that brought in bugfixes for the fingerprint scanner and battery issues.

But hours after the OS started rolling out, we picked up multiple user reports saying they had not seen the update. Xiaomi assured that a bug-free update will soon be pushed for the Mi A3, which kept the users hanging.

After sometime, the Mi A3 Android 10 was re-released and this along with the March 2020 security patchset. And keeping up with the tradition of pulling back the update, Xiaomi again halted this update. Even more interesting is that users were not able to install the update on their Mi A3 units.

Starting off once again, Xiaomi pushed a fresh Android pie based March security update for Mi A3 devices and again kept the users in confusion as to when the bug-free Android 10 update will be pushed for the devices? Seems like the day has finally arrived, because as per several user reports, it has been confirmed to us that Mi A3 is now picking up the Android 10 once again, this time with the April security patch.

The OTA weighs around 1.33 GB which is ok considering it brings the Android 10 firmware, with the April security patch. Here is the complete changelog of the update:

And here are other users reports that confirm that indeed a new Android 10 update with April security patch has been rolled out for the Mi A3 users.

We hope this update delivers what it promises and brings a bug-free experience for the users of the Xiaomi Mi A3. Let us know in the comments if you have also grabbed this update and also do let us know whether this one is a bug-free update or not?

The official announcement post for Mi A3 Android 10 global stable update release is now op. Here’s what it reads:

We’re thrilled to announce that the Android 10 based new Global Stable ROM for Mi A3, V11.0.11.0 QFQMIXM is out now. It’ll be pushed out to the users via OTA, in batches!!

Not again. We’ve already highlighted the issues that have been reported by users after the latest release. And now, one of our readers has shared with us a screengrab of their chat with the Mi support (dated today, i.e. April 10) wherein the representative says the update might have been pulled.

Due to some bug might be that update pulled back

We know that support may not always have a clear picture. So take this info with a grain of salt. But at the same time, a response like this, of course, raises concern. We’re looking for more information regarding this and will update the story as and when we catch hold of something concrete.

Thanks for sharing the information and the screenshot Indra Budi Setiawan 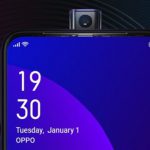